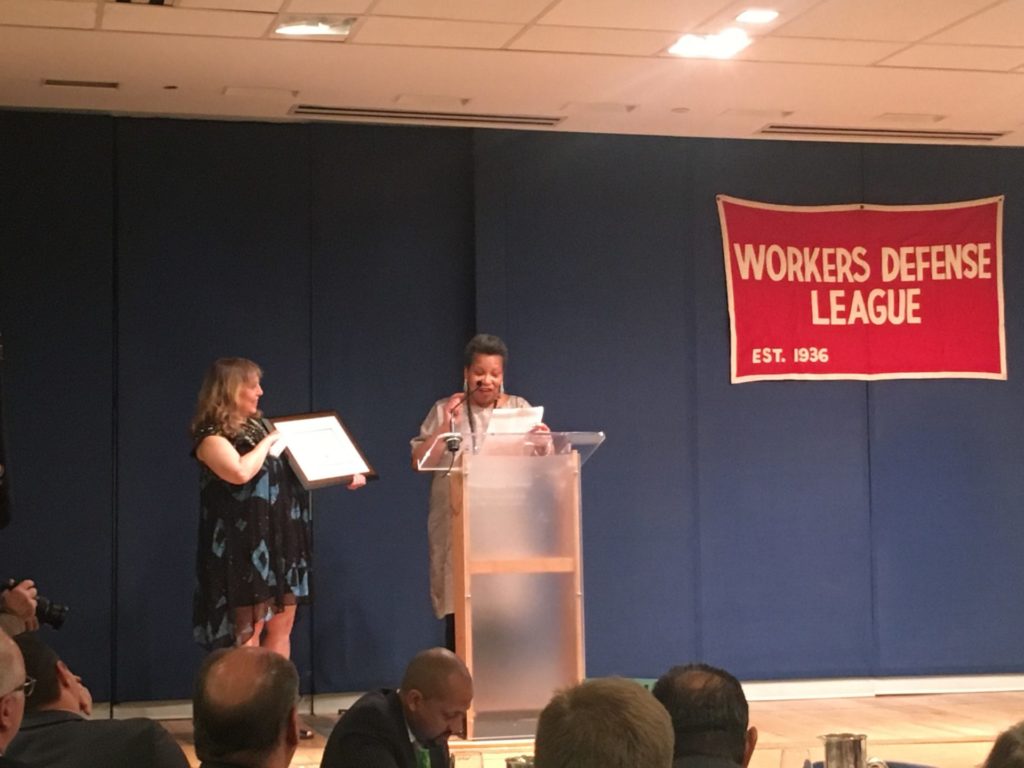 The Workers Defense League in New York recently honored UAW Local 2110 Maida Rosenstein during the group’s 81st anniversary dinner May 16. Rosenstein has always given priority to organizing new workers. She has been involved in graduate worker campaigns at New York University and Columbia, at a host of nonprofits and museums, and in higher education. For more than 30 years, she has strongly promoted membership-led, grassroots union activity, in contract negotiations campaigns, new organizing and political action. As a result, Local 2110 has developed a broad group of leaders, and a degree of mobilization and activity that stands out within the labor movement.

Rosenstein’s first successful strike was in high school when she led a “pants strike” to force the school to allow girls to wear pants. She and her classmates were reprimanded and sent home, but a week later the rules were changed and girls were allowed to wear pants to school. The strike taught her that collective action was a potent weapon in promoting women’s rights.

After receiving a degree in art from Rutgers University, she became a university clerical worker, and in 1981 she joined District 65 UAW’s organizing committee at Columbia University. The goal was to organize 1,100 clerical workers, and the campaign, which brought together her feminist views and her commitment to workers’ rights, was a tough one. There were years of legal delays and a vicious anti- union campaign in which the university claimed that the union would interfere with the highly personal relationship between a secretary and her boss. She learned the basics of organizing and the drive was transformative for her. After the union won the election in 1983, she became a fulltime organizer and ultimately was elected as vice president and then president of UAW Local 2110 (the successor to the District 65 Technical, Office and Professional Division).