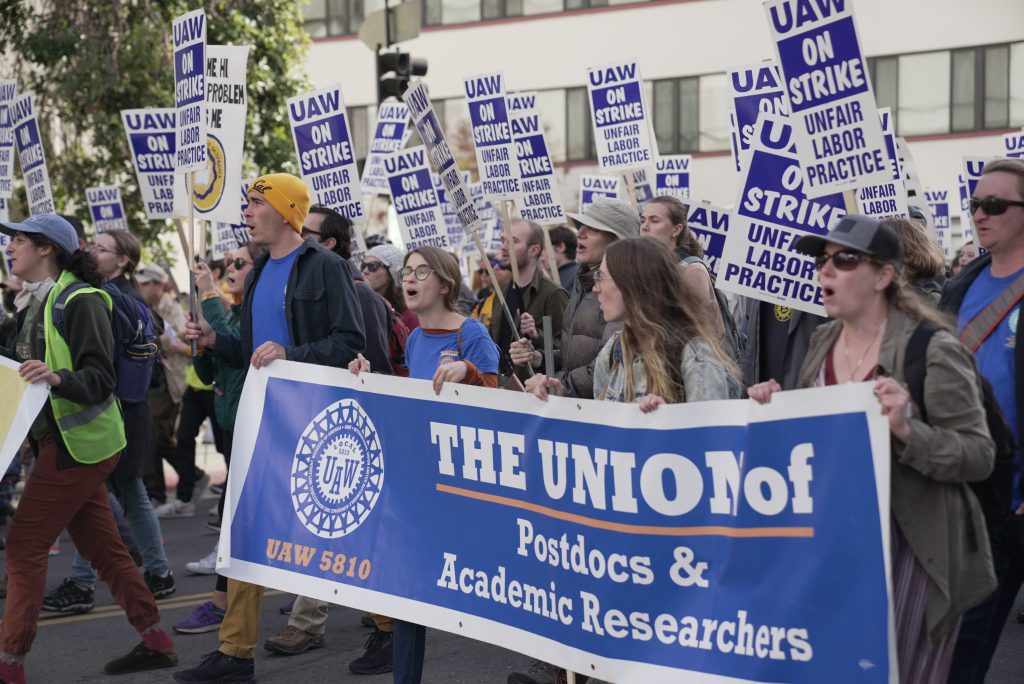 UAW Members of Local 5810 at the University of California voted to ratify their contracts by overwhelming margins. The final count was 89.4% of Postdocs and 79.5% of Academic Researchers voting yes in favor of ratification.

UAW Local 5810 is the union of more than 11,000 Postdoctoral Scholars and Academic Researchers (Project Scientists, Specialists, Professional Researchers, and Coordinators of Public Programs) at all 10 campuses of the University of California and Lawrence Berkeley National Lab.

“This represents a great victory for not only these members but other workers in higher education as we continue to lift the standards for academic workers,” says UAW President Ray Curry. “These members showed their power to UC during the strike and brought home an agreement that was very strongly supported by their membership.”

“Two important units representing over 35,000 academic workers remain without an agreement, and we stand by their decision to seek mediation,” adds Region 8 Director Mitchell Smith. “These workers deserve an equitable agreement that reflects their contributions as well as the reality that they work in high-cost communities. We urge the University of California to work with all parties to reach a fair and equitable outcome.”

Statement of UAW Vice President Terry Dittes, Director of the UAW GM Department on the Training for Production of Ventilators in Kokomo