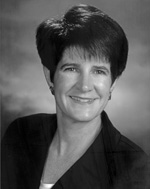 Bunn was first elected to the UAW’s International Executive Board as a Vice President in 1998.

During her tenure, Bunn directed the UAW Women’s Department, the Technical, Office and Professional (TOP) Department, the UAW Competitive Shops/Independents, Parts, and Suppliers (IPS) Department, and the Consumer Affairs, Conservation, and Recreation departments.

As director of TOP Organizing and Servicing, Bunn led the union to many breakthroughs. She won bargaining rights for more than 18,000 academic employees working in higher education and led campaigns that won collective bargaining for 6,000 new members at health care facilities in Ohio and Michigan.  In Kentucky, she directed a campaign that achieved UAW representation of more than 4,000 employees of the Commonwealth of Kentucky.

At the collective bargaining table, Bunn played a key role in negotiating the first contract for gaming employees at Detroit’s three casinos. She also bargained innovative and substantial contracts for technical, office and professional members at Blue Cross Blue Shield, the State of Michigan, the State of Indiana and many other employers.

As director of the Women’s Department, Bunn’s inventive “Woman-to-Woman” outreach effort in Michigan’s 2000 elections was widely credited with involving thousands of women in electoral activity for the first time.

Bunn was a member of the National Writers Union prior to its 1991 affiliation with the UAW as UAW Local 1981. As head of the TOP Department, Bunn provided critical support to Local 1981’s long legal struggle to protect copyrights on the Internet.  In 2001, the U.S. Supreme Court, in a landmark ruling, found that the New York Times and other publishers had committed copyright infringement when they resold newspaper and magazine articles via electronic databases without asking permission or making additional payments to the authors.

Bunn now serves as organizing director of the AFL-CIO. She is active in many organizations, including the Democratic Party, the NAACP and the Coalition of Labor Union Women (CLUW).