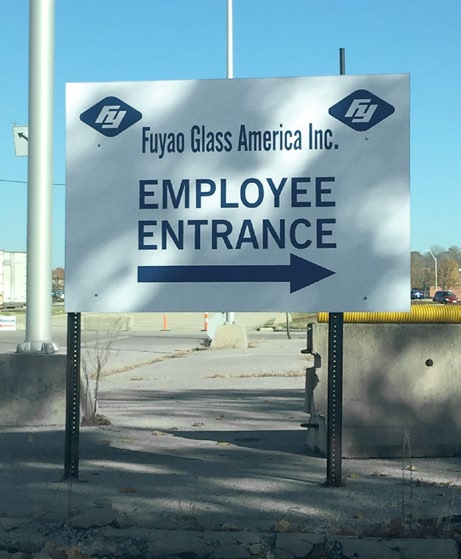 MORAINE, Ohio —Fuyao Workers fighting for a voice in their workplace were unable to win against a barrage of anti-labor tactics and intimidation by management at the Ohio glass plant.

Employees at Fuyao Glass America Inc. lost the election by a vote of 444 in favor to 868 against the union. Voting took place Wednesday and today at the plant, where workers  produce glass for automotive windshields, side windows and sunroofs.  Workers reported irregularities during the election which the UAW is investigating, and it may file objections with the National Labor Relations Board.

“It is disheartening to know that in 2017 there are companies willing to do so much to deny workers a voice and fair treatment,” said UAW Region 2B Director Rich Rankin. “Unfortunately, that is what these brave workers faced when all they have asked for is a fair path to helping this manufacturer produce the best products and live up to their commitments it made to the Dayton community.”

Fuyao workers have been fighting for protections against unsafe workplace conditions, arbitrary policies and unfair and unequal treatment on the job. They wanted to form their own union to secure job security, better communication with management, and work policies that promote the job growth that the Dayton-area needs.

Visit fuyaoforward.org for more information about Fuyao workers and their fight to have a voice in their  workplace.

10 Jobs You Didn’t Know Were Performed by UAW Members