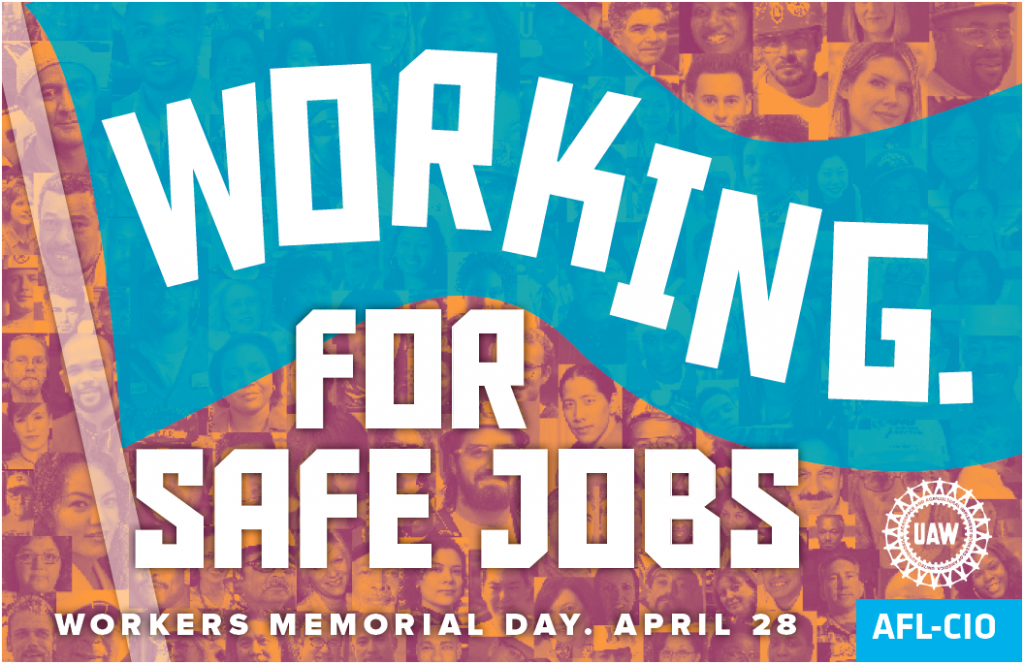 On April 28, the unions of the AFL-CIO observe Workers Memorial Day to remember those who have suffered and died on the job and to renew the fight for safe jobs. This year we will come together to call for work in this country that is safe and healthy and pays fair wages. We will celebrate the victories won by working people and commit to fighting until all workers have safe jobs and the freedom to form unions without the threat of retaliation.

The Occupational Safety and Health Act and Mine Safety and Health Act promise workers the right to a safe job. Unions and our allies have fought hard to make that promise a reality—winning protections that have made jobs safer, saved hundreds of thousands of lives and prevented millions of workplace injuries and illnesses.

But our work is not done. Many job hazards are unregulated and uncontrolled. Some employers cut corners and violate the law, putting workers in serious danger and costing lives. Workers who report job hazards or job injuries are fired or disciplined. Employers contract out dangerous work to try to avoid responsibility. As a result, each year thousands of workers are killed and millions more injured or diseased because of their jobs.

Business groups have launched an all-out assault on working people, seeking to roll back existing protections and rights, and to block new safeguards. We have fought back, joining with worker centers, local activists and other partners to defend and advance these hard-won gains. We have worked to win a stronger coal dust standard for miners and a new rule to protect workers from deadly silica dust, which soon will be finalized, along with stronger anti-retaliation protections for workers who report job injuries.

Please join us on Workers Memorial Day as we continue the fight for safe jobs.