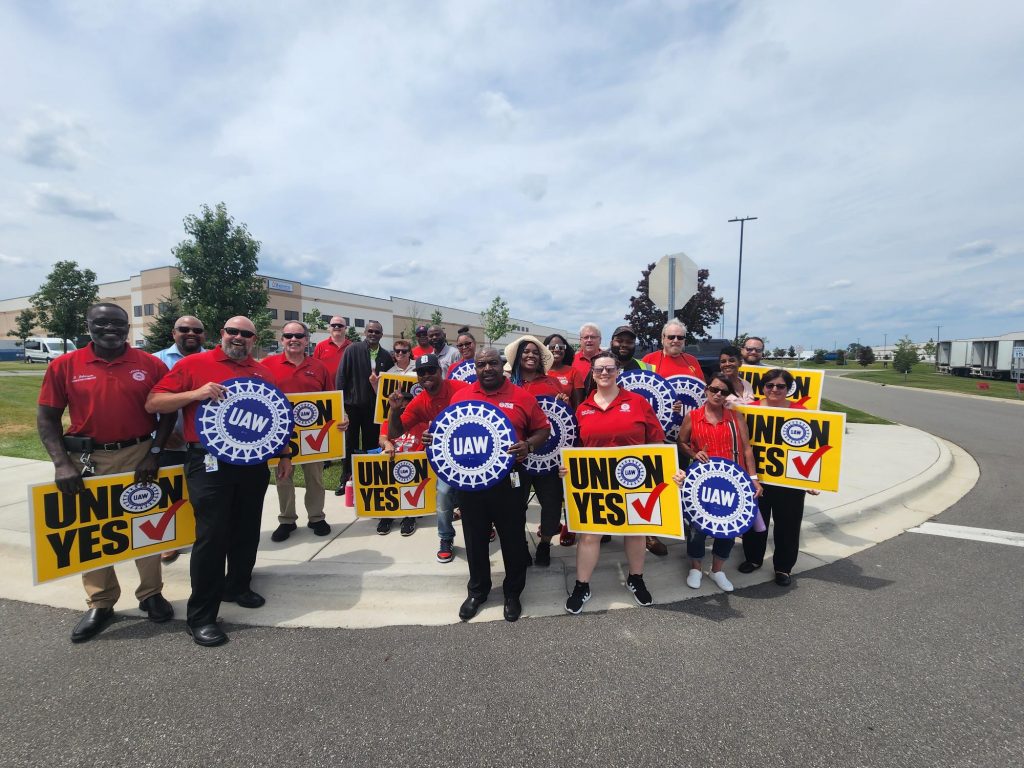 When 100% of the workers voting to form their union say UAW YES, that says something.  It is exactly what happened at Dakkota Integrated Systems in Hazel Park, Michigan, on August 19.

“Frank Stuglin was our regional director at the time, and he reached out to our local with a contact from Dakkota, one of our suppliers,” said Eric Graham, President of Local 140.  “We immediately went to work with the contact to build an organizing committee and build a plan.”

For the new organizing committee, it was key to get support.  “Whenever we had questions, we had a strong base of support in the Region to guide us through strategies and legal advice,” adds Local 140 Vice President and organizer D. Robinson.

Region 1 has a long history of supporting local union organizing, a program that Director James Harris has expanded under his leadership.  “Empowering members and local leaders to be a part of building our union is key,” says Harris.  “We build solidarity and a strong future when everyone is a part of the fight.”

And that energy was evident at the rally right before the election where local 140 members showed up and lent their voices for a call to vote yes.  “That rally was about family,” remembers Graham.  “Seeing our members come out to support Dakkota workers was powerful.”

When asked what advice he would give to local unions thinking about organizing, Graham says the answer is simple:  do not hesitate to reach out and ask for help from others.  “Organizing is a skill and requires specialized knowledge. You must be willing to ask others for advice and support.  Our regional leadership and servicing reps were the first ones to answer our questions and it made all the difference.”

As for the sweetest moment of the campaign?  When the organizers called the first contact and let him know that they had their union…with 100% support.