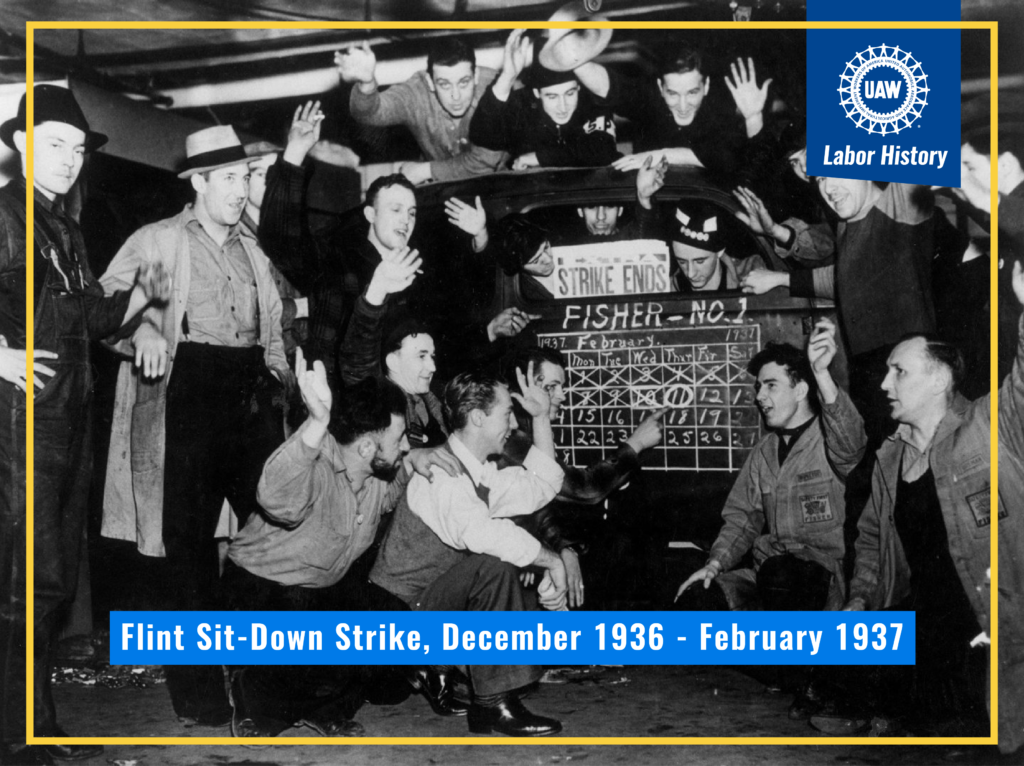 Today, UAW members celebrate White Shirt Day, honoring the workers who participated in the Flint Sit-Down Strike of 1936 and 1937. In the face of anti-union sentiment, brutal working conditions, and low wages, men and women working for General Motors came together to orchestrate a historic sit-in, where they occupied the Flint factory and demanded a seat at the bargaining table with GM.

On February 11th, 1937, the tumultuous two month sit-in came to a close. For the first time, General Motors agreed to recognize the United Autoworkers Union as the official bargaining representative of all GM employees, securing pay increases and lunch breaks for all of their workers, and exploding union membership from 30,000 to 500,000 members in the year following the sit-in. Following the strike, workers wore white shirts every February 11th to show that laborers and “blue-collar” workers deserve the same respect as their “white-collar” counterparts.

The meaning of White Shirt Day — celebrating the struggles and accomplishments of workers who’ve come before us and fought for fairness, dignity, and respect in the workplace — is especially salient today. As General Motors moves forward with their plan to close factories and lay off thousands of workers in Michigan, Ohio, and Maryland, UAW workers continue to engage in the struggle for respect and job security.

UAW members will be holding special White Shirt Day events today alongside community activists and lawmakers to commemorate the Flint Sit-Down Strike, and continue to stand together and call on GM to invest in American workers.