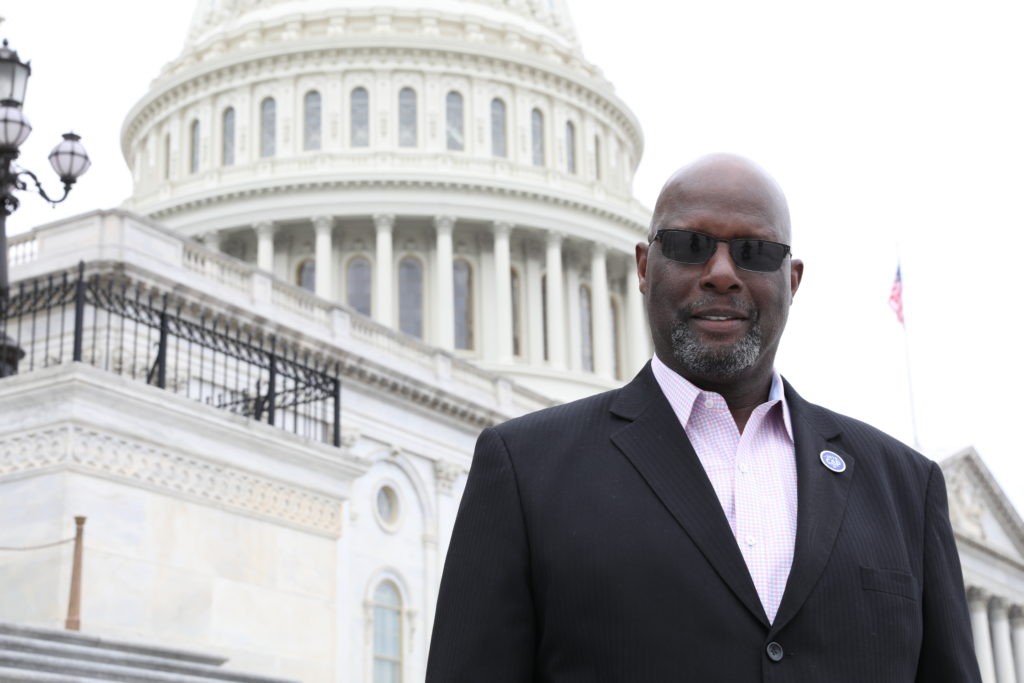 UAW Vice President Gerald Kariem, who directs the union’s National Ford Department, sees the Biden-Harris ticket as a change for the country to get back to steady, measured and effective leadership.

“We need folks with a steady hand, empathy and intelligence to be able to do that job,” Kariem said. “This current health care and economic crisis that has been caused by Covid-19 has shifted us into a new way of living. We need strong leadership that guides us, not confuses us.”

For Kariem, both Joe Biden and Kamala Harris have the kind of upbringing that relates to the needs of working families. In fact, Kariem noted that both have a long history of being on the correct side of issues that are particularly important to UAW members.

“The most important thing UAW members should know is that a Biden-Harris ticket will be sensitive to the needs of working families,” he said. “Joe Biden has been in solidarity with the UAW for decades.”

However, Kariem stressed the importance of UAW members participating in the process and voting. “Nothing concerns me more than people who don’t take advantage of their opportunity to vote,” Kariem said, adding that he understands why people would have doubts about the importance of voting given the doubts and confusion sown by those who want to keep people from the polls.

“We have to help our members, their families and our friends understand what the candidates stand for and how they will help UAW members, working Americans and their families. That has always been a strong part of the UAW’s mission,” Kariem said.

It’s a cliché to say that this is the most important election of our lifetimes, but Kariem says what makes this election important is the constant turmoil the nation has been experiencing in recent years.

“I would like to double down on that statement and say this is the most important election in the history of this country,” he said. “We are looking to find a less confusing and less chaotic society, as well as less chaotic political discourse.”

With Biden winning the nomination and his selection of Harris as his running mate, Kariem said he sees hope for UAW members and America on the horizon.