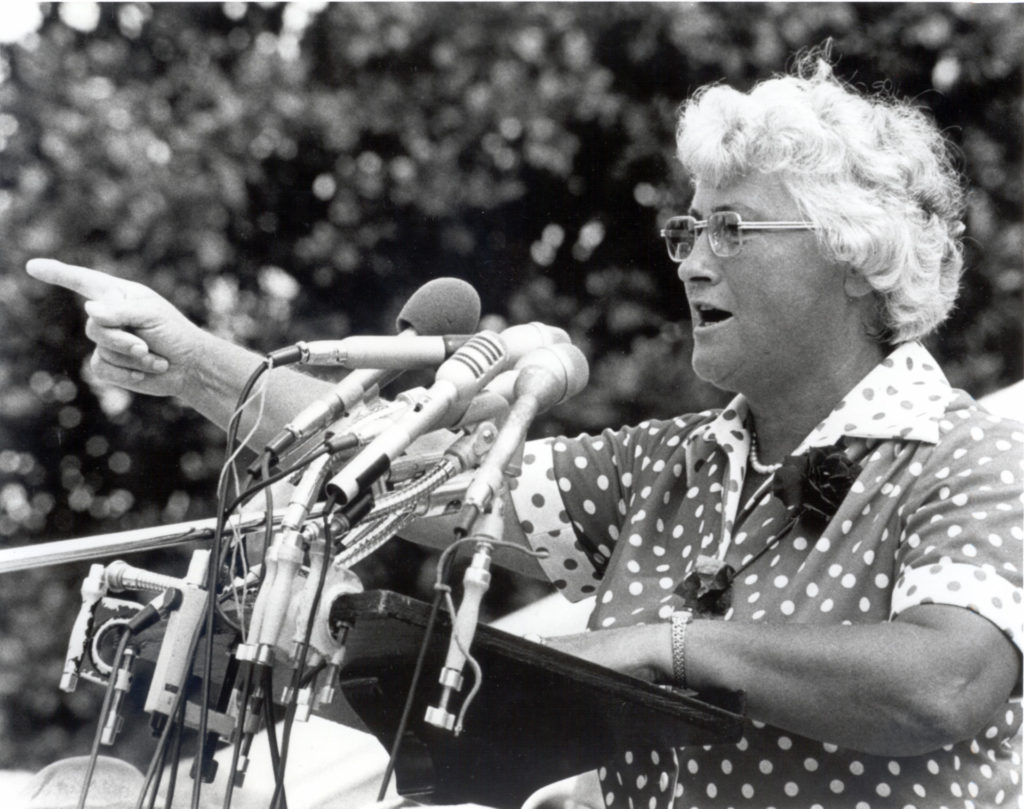 Olga Marie Madar was the first woman to serve on the United Auto Workers (UAW) International Executive Board.

Born in the coal mining town of Sykesville, Pa., on May 17, 1915, Madar moved to Detroit with her family during the Depression. After graduating from Northeastern High School in 1933, she began to spend her summers working on the assembly line at Chrysler’s Kercheval plant and the Bower Rolling Bearing plant in order to fund her college education. In 1938, Madar graduated from Michigan Normal School (now Eastern Michigan University), having earned a degree in physical education.

In 1941, Madar left her teaching position to aid the war effort, taking a job at the Ford Willow Run bomber plant. It is at this time that she joined the newly formed UAW Local 50. Having taken great initiative to organize well-received community events, Madar was hired by the local to serve as director of recreation, social services and women’s activities.  In 1947, Madar was appointed director of the International Union’s Recreation Department.  Among her most significant accomplishments during this time was winning a long-fought battle to integrate organized UAW bowling leagues.

Madar was first elected to the International Executive Board as a member-at-large in 1966, becoming the first woman to occupy this office. Four years later, Madar achieved another “first” when she was elected as a vice president, serving two terms.  Her responsibilities in this position included directing the departments of Conservation and Resource Development, Recreation and Leisure-Time Activities and Consumer Affairs, as well as servicing technical, office and professional workers’ locals. Through her elected positions, Madar successfully advocated for increased hiring of women by the International Union and developed leadership training programs to prepare women for greater responsibilities in the union.

Through Madar’s efforts, the UAW became the first national union to endorse constitutional ratification of the Equal Rights Amendment (ERA) in 1970.  In that effort, Madar established various coalitions including the Michigan Women’s Political Caucus and the Network for Economic Rights to make the ERA a political priority beginning in 1971.

A lifelong advocate for equal rights, Madar strove to eliminate discrimination against women and minorities in the workplace and community. To grant working women a greater voice in their unions, Madar played a key role in developing the Coalition of Labor Union Women, an AFL-CIO-affiliated group to which she was elected national president at its founding convention in 1974, the year she retired from a 30-year career with the International Union, UAW.

Former UAW President Doug Fraser called Madar “a trailblazer in the struggle for equal rights.” She died in 1996, leaving an immeasurable impact on the UAW and working women across the country.