UAW Vice President Cindy Estrada will be honored December 16th with the Jewish Labor Committee’s 2021 Human Rights Award along with Fred Redmond AFL-CIO Secretary-Treasurer and Richard Maroko, President of the New York Hotel and Gaming Trades Council. “I am honored to be the presenter for Vice President Cindy Estrada during the Jewish Labor Committee’s virtual awards event,” said Ray Curry, President of the UAW. “Cindy works every day with a goal of preserving the dignity of all human rights in our workplace and our society. Her commitment and focused leadership have kept the proud UAW tradition of human rights advocacy as core a value of our union and working families. 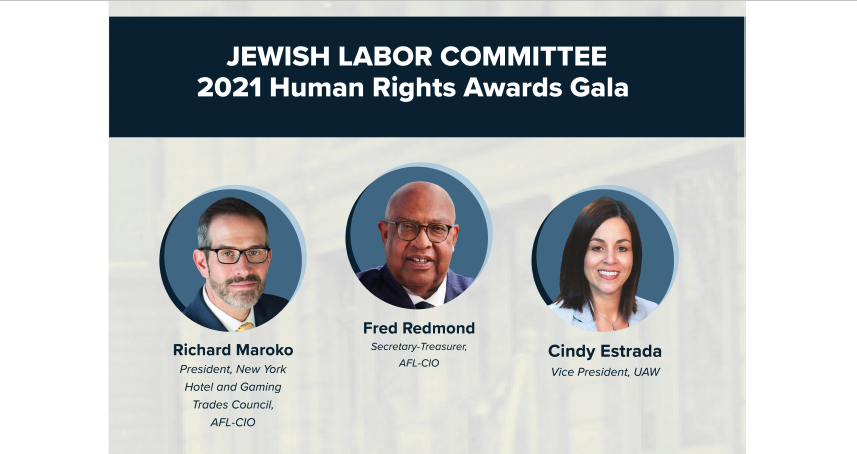 and a conversation on the State of the Labor Movement with