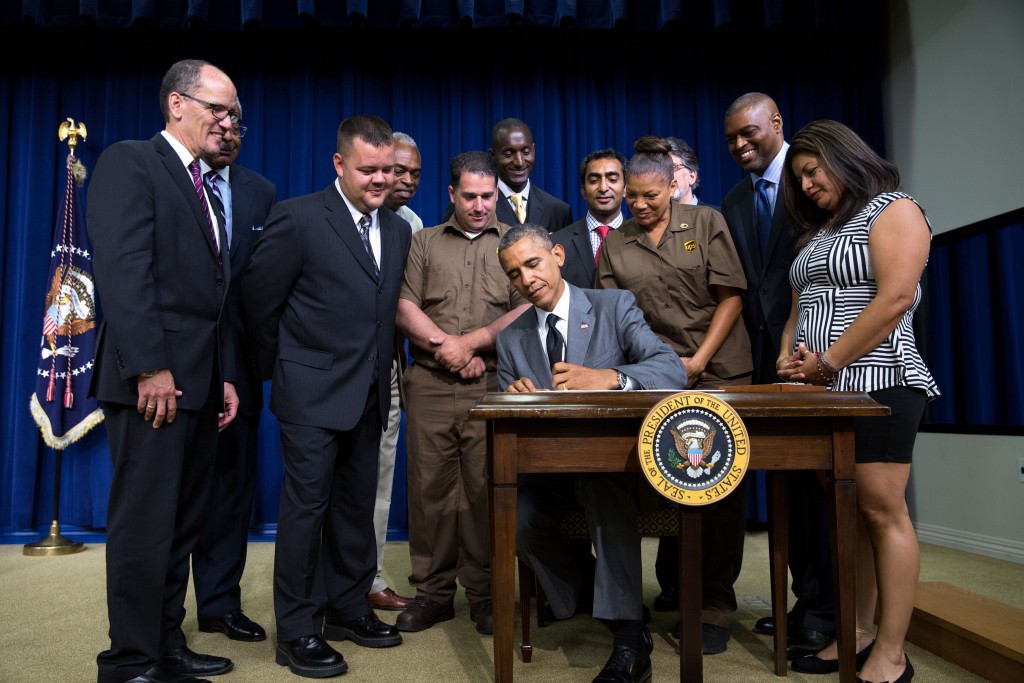 “I commend President Obama for signing an executive order that will hold companies that receive significant taxpayer dollars more accountable for their actions. Thanks to President Obama’s bold move, companies that repeatedly violate worker rights and workplace safety standards will no longer receive taxpayer funds or contracts with the federal government. Right now in America, it is far too easy for unscrupulous employers to hide critical information that protects workers. Gone unchecked, some employers continue violating their employees’ basic rights, including the right to join a union. Companies that have repeatedly mistreated their workers and violated the law should not be rewarded for that behavior.

“The president’s order will help tens of millions of workers have a better workplace environment and will create a level playing field for businesses that do the right thing. Today’s announcement is yet another example of the president’s tireless work to improve workplace safety and employees rights.

“The executive order will also help victims of discrimination, sexual assault and harassment at companies with federal contracts of $1 million or more by ensuring they can have their day in court. It will require companies to make available to employees records that show the employee’s hours worked, overtime hours, pay and any other paycheck deductions to ensure workers that they are being paid fairly.

“The UAW is proud to stand with President Obama — a president who has stood by hard working Americans! This is another step in the right direction to help rebuild the middle class and strengthen our economy.”