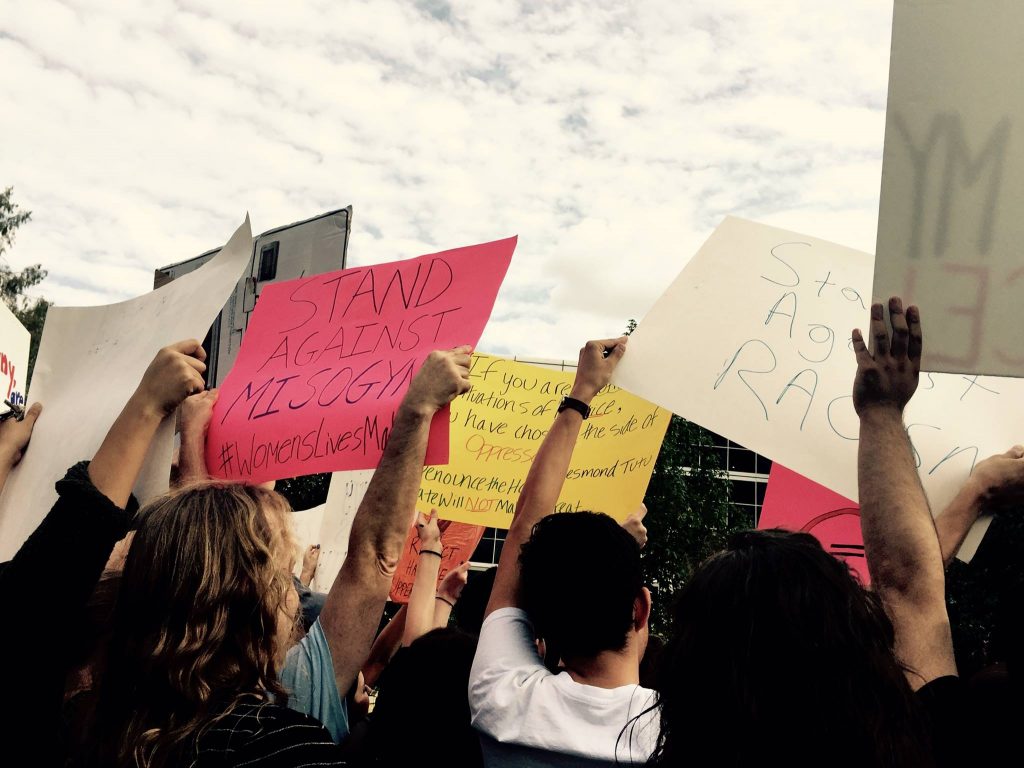 On Nov. 8, you were elected president of the United States. As many have reiterated, regardless of which candidate any of us supported, you now have an obligation to represent ALL Americans. In your victory speech, you urged Americans to come together as one united people to take on the challenges before us.

Throughout American history, we have found opportunities to overcome our differences and work together for the common good; it is one of the defining characteristics of our nation’s greatness.

In the months leading up to your election, your campaign rhetoric found an audience with those who would use our differences to divide us. Throughout the campaign, you and your supporters directed hateful language at people based on what we look like, where our families come from, who we love, how we worship, our abilities, our gender, and other factors that make up our identity and expression in the world.

In the days since your election, we have seen people—seemingly emboldened by your victory—committing harassment, vandalism, property destruction and even assault based on those differences. Many of these acts have been carried out in your name. Though you may not condone this behavior, your silence gives tacit permission to those who perform these acts.

We are especially troubled by incidents taking place in schools and on college campuses—places where we do everything we can to ensure our children are safe and nurtured, and have the opportunity to grow and learn free of intimidation and hatred. But now we are hearing reports of children chanting “build the wall” at classmates, Muslim students and educators harassed for their clothing, male students intimidating their female classmates and swastikas painted on classroom doors.

Millions of your supporters would never participate in these actions, but your campaign rhetoric has created an environment that enables and encourages those who want to harm others. While you spoke against bullying, intimidation and hate crimes in your “60 Minutes” interview, the appointment of “alt-right” hero Steve Bannon as your chief strategist—which has been cheered by the Ku Klux Klan, the American Renaissance and other white supremacist groups—sends the exact opposite message.

The presidency is about many things. Chiefly, it is about setting an example through your leadership. You have said that you will be the president for all Americans, Mr. Trump. We ask that you keep your promise by loudly, forcefully, unequivocally and consistently denouncing these acts and the ideology that drives them. We ask you to use your position, your considerable platform and even your tweets to send a clear message that hate has no place in our public discourse, in our public policy or in our society.

Americans United for Separation of Church and State

Campaign for the Civic Mission of Schools

Many Voices: A Black Church Movement for Gay and Transgender Justice

Not in Our Town

The above is a letter from the AFT and SPLC. Download the original letter, here. Add your name to the petition:

Striking UAW workers standing strong in solidarity across the country