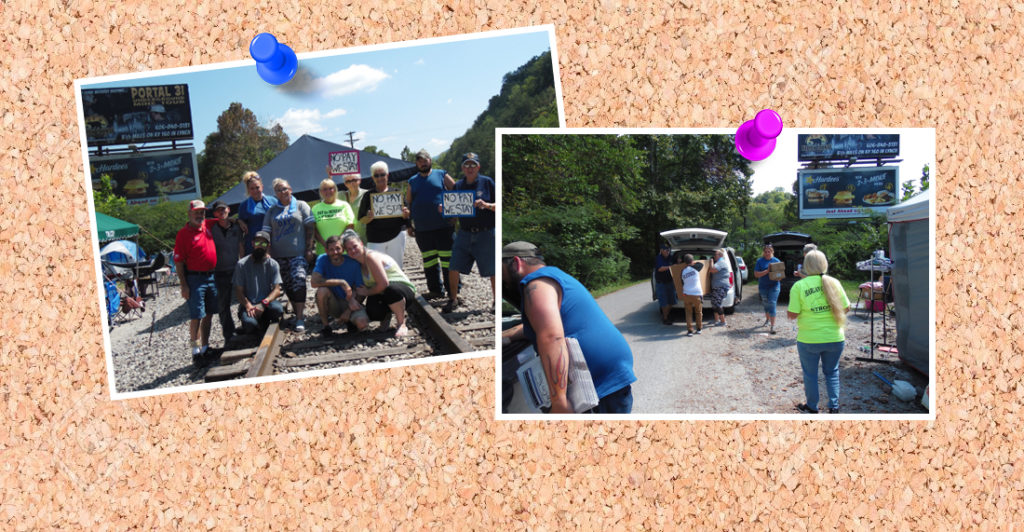 Nearly 600 coal miners have been locked out of their jobs since July when Blackjewel coal company abruptly filed for bankruptcy and shut down two coal mines in Kentucky. The workers were left without pay and facing an uncertain future. They had been camping out on the railroad tracks to block trains since the lockout. UAW retirees from the International Area Council in Somerset, KY, wanted to help. So, they collected donations from their fellow retirees and spent a day with the miners on the tracks. The workers were finally called back to work last week after the mines were purchased by Eagle Specialty Materials.

Welcome to the 2019 Special Bargaining Convention in Detroit!