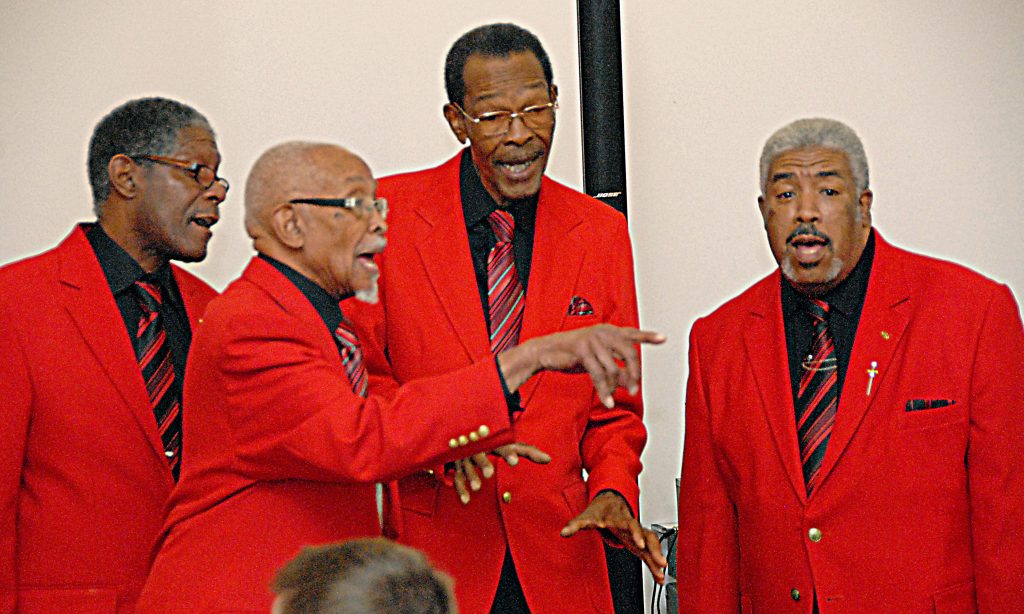 Michigan Heritage Award honors those who continue their family and community folk traditions with excellence and authenticity.

UAW retiree Thomas Kelly says he sings in an a cappella gospel quartet because The Lord calls him to do so. At 102-years old, the former maintenance worker at Chrysler’s former Eldon Axle plant remains grateful for a long life that’s had a lot of blessings: his spirituality, family, a beautiful voice, and a UAW retirement that has allowed him the financial ability to continue to sing for four decades after he retired.

Add another blessing to the list: Earlier this month, he was named one of the 2016 Michigan Heritage Award recipients, which honor individuals who continue their family and community folk traditions with excellence and authenticity. The awards program is administered by the Michigan State University Museum’s Michigan Traditional Arts Program with support from the Michigan Council for Arts and Cultural Affairs.

Kelly will receive the award in a ceremony on Aug. 14 in Lansing. You can read more about Brother Kelly in the March-April issue of Solidarity magazine.

We are the UAW: City of Lansing’s Forestry Division