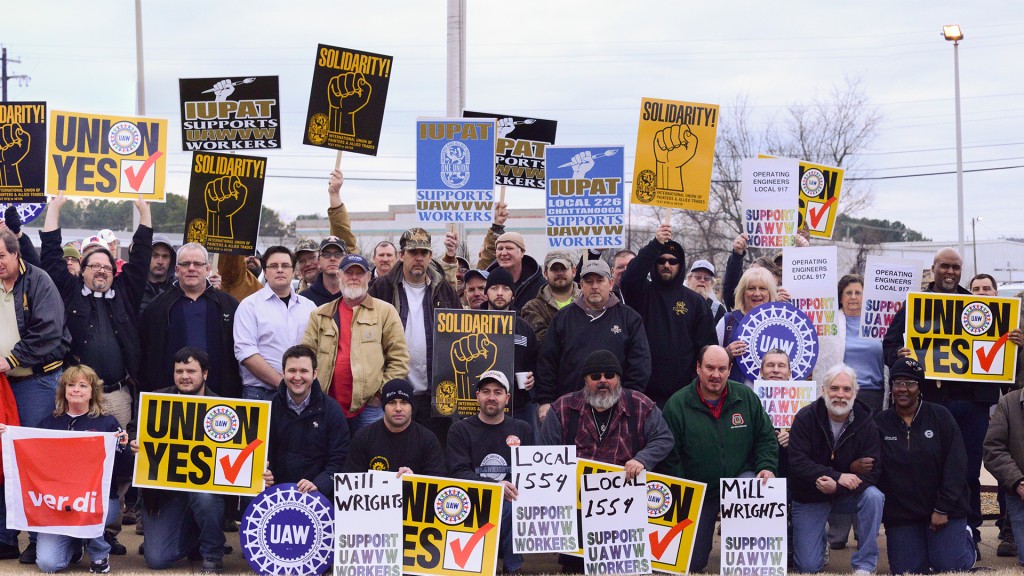 CHATTANOOGA, Tenn. — The UAW today released the following statement from Gary Casteel, secretary-treasurer of the UAW and director of the international union’s Transnational Department, in response to Volkswagen’s announcement that it will appeal a recent order by the National Labor Relations Board:

“We’re disappointed that Volkswagen continues to argue against employees’ rights that clearly are protected under federal law. While Volkswagen cites a ‘one team concept’ as the reason for opposing these rights, the company did not hesitate to grant limited recognition to an anti-labor organization that sought to undermine employee representation in the Chattanooga plant.

“The facts are: In spring 2014, Volkswagen committed to recognize a UAW local union as the representative of its members in order for the union and the company to enter into collective bargaining. The company did not honor that commitment and, as a result, employees have grown increasingly impatient and have decided to exercise their rights under the law.

“We’re calling on Volkswagen to drop this appeal and instead refocus on the core values that made it a successful brand, including environmental sustainability and employee representation. Chattanooga is the company’s only plant in the world that does not have a seat on the Volkswagen Global Group Works Council, and that needs to change if the plant is going to play a meaningful role in Volkswagen’s comeback story.”

UAW Statement on Signing of the USMCA