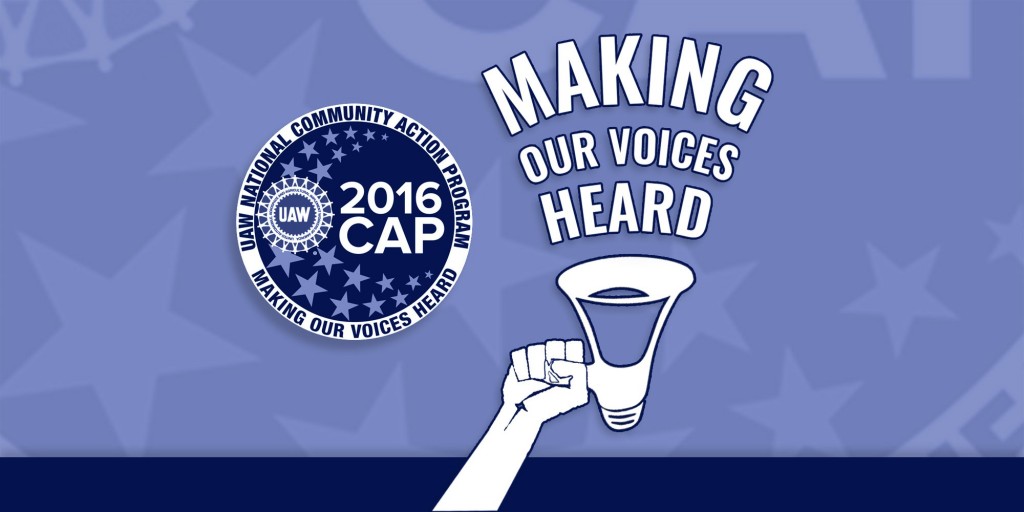 “Senate President Steve Sweeney brings with him a resume that is built on a lifetime of standing alongside the hard-working people of New Jersey,” said Terry Dittes, UAW Region 9 director.

“UAW members in Region 9, which include manufacturers, casino dealers and public sector workers, know that we need bold, elected leaders who are willing to stand strong against the winds of partisan politics. Steve Sweeney has proven, time and again, that he understands the issues affecting our members and is not afraid to take a stand and let others follow his leadership.

“Unionized workers in New Jersey have an important choice to make in next year’s gubernatorial election. If we have an opportunity to support someone who has based his career on protecting and improving the lives of our friends and neighbors, we must seize it,” added Dittes.

“While others may claim to have our best interests at heart, Senator Sweeney can point to raising the minimum wage to $15 per hour, passing Paid Family Leave legislation and protecting workers’ rights to organize through card check as just some of the many steps he has taken to make New Jersey’s economy work for all residents.

“The UAW has a proud, 80-year history of standing up for those who stand with us. Region 9 workers urge Sen. Pres. Steve Sweeney to declare his candidacy for the governor’s office. We have spent decades building the equipment our state and nation use to move forward.  Now, we look forward to building a better New Jersey alongside Governor Steve Sweeney,” said Dittes.