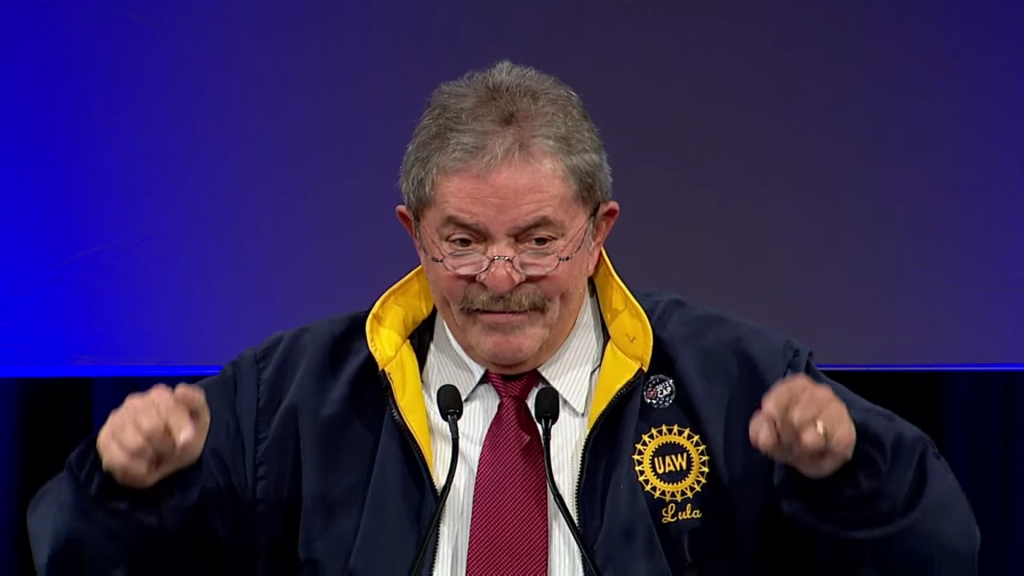 Lula’s return to the presidency comes at a moment of acute political and social tensions in Brazil, with concerns about rising levels of poverty in an economy that has yet to fully recover from the damage wrought by the pandemic.

As president of Brazil from 2003 to 2010, he became one of the most consequential leaders of our time, implementing programs to address the dramatic inequality within Brazil. Lula’s vision of a society with a strong labor movement and government that can provide for all is an important one in our times.

Our close relationship with the Brazilian metalworker unions and Lula’s Workers’ Party goes back to 1981, when Lula was on trial by the then-ruling military junta for organizing a strike in the auto sector. The UAW sent an international representative to Brazil to observe every day of the trial’s proceedings to ensure the military knew the world was watching.

When Lula was imprisoned a second time in 2018, the UAW was a tenacious voice in demanding his immediate release on the national and international stage. UAW members sent hundreds of hand-written messages of hope and strength that were delivered directly to his jail where he was held in solitary confinement for 500 days as a political prisoner.

In 2013, President-elect Lula addressed nearly 1,500 UAW members at the opening of the National Community Action Program (CAP) Legislative Conference in Washington, DC calling on Nissan to allow workers the right to organize without threats and retaliation and calling for the globalization of workers’ rights. Brother Lula is an honorary member of Local 600 of the UAW.

This is a momentous victory for us all and we are inspired by the collective action of the Brazilian people and their successful rejection of regressive social, environmental, and labor policies.