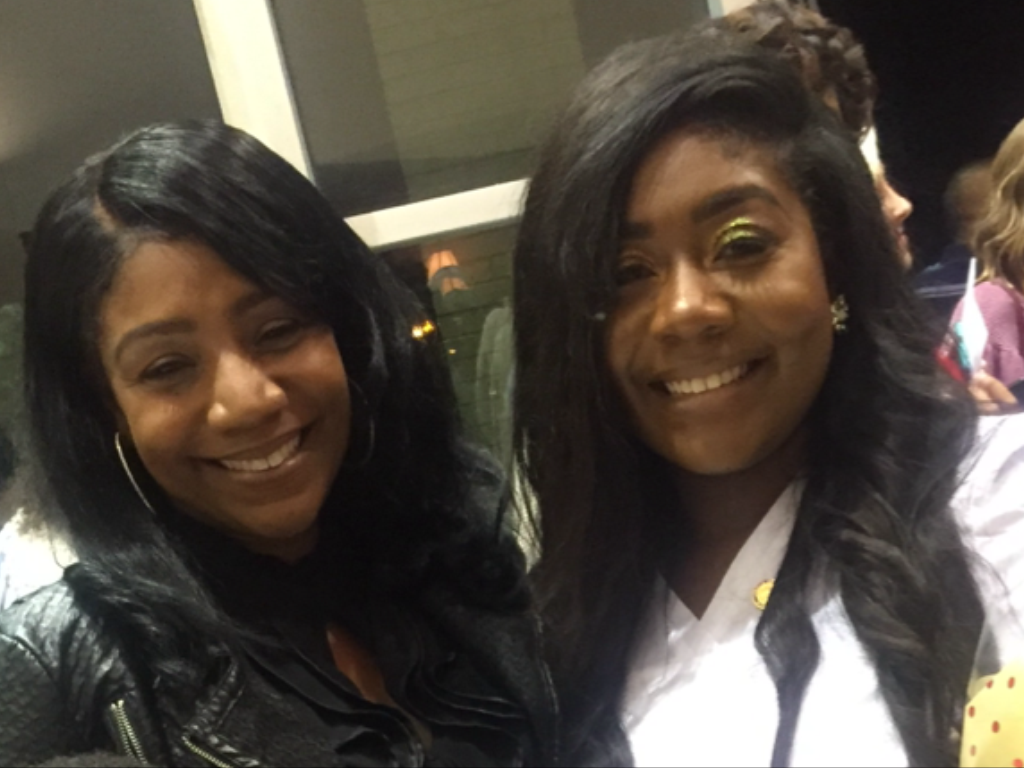 UAW member Rita Tyson’s values are not only about work but about family, too. Thanks to Tyson’s nearly 30 years at Ford Motor Co. ISA, Local 900, and the solid foundation of hard work that goes with UAW values, Tyson and her two daughters have mastered higher education together, attending college at the same time.

Tyson is in her last year of skilled trades apprenticeship training at Henry Ford Community College with a 4.0 grade point average and started school while her daughters went to college on scholarships. Angelica Hawkins, 28, completed a master’s degree in nursing this year at Auburn University while Camille Hawkins, 26, also graduated this year from nursing school as valedictorian at Troy University, both in Montgomery, Alabama. Angelica is now a mother of two children and works at Jackson Hospital in Montgomery. Camille has a child and works at Henry Ford Hospital in Detroit, Michigan.

Tyson says her daughters are UAW babies, growing up attending many UAW activities

including labor walks. “I’m so glad they didn’t let being single mothers stop them from achieving their education goals,” said Tyson. “We are two generations of proof that anything is possible if you work hard and believe. I’m so proud of them. My daughters went away to school but they kept their UAW values and drove UAW-made cars. This would have never been possible without the foundation the UAW provided.”