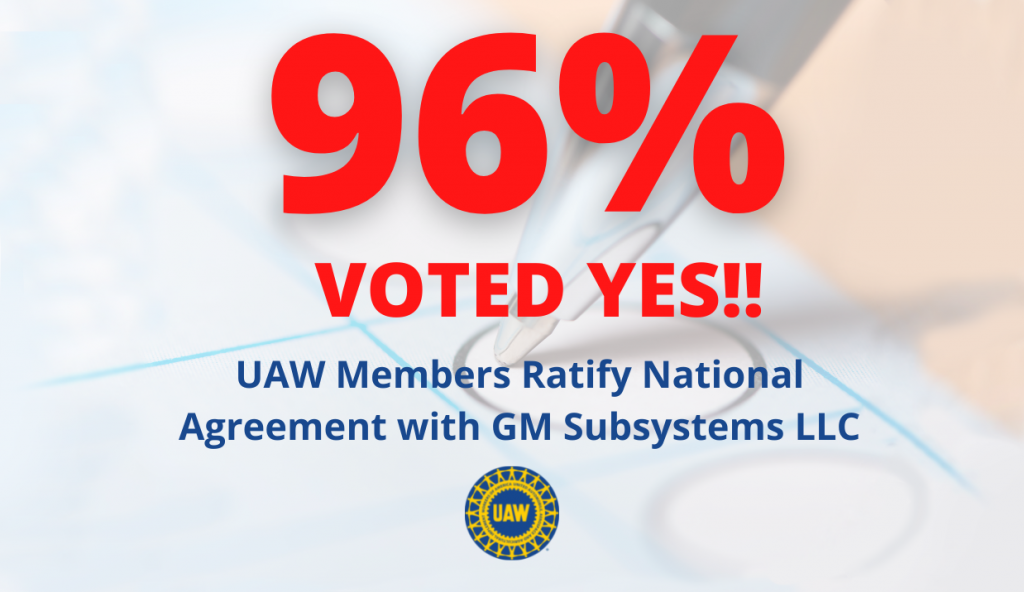 VP Terry Dittes adds:  “We started with solidarity and that is how we crossed the finish line – united as one.  I know the gains in this agreement will be meaningful to the members of GM Subsystems at UAW Locals 22, 598, 652 and 5960.”