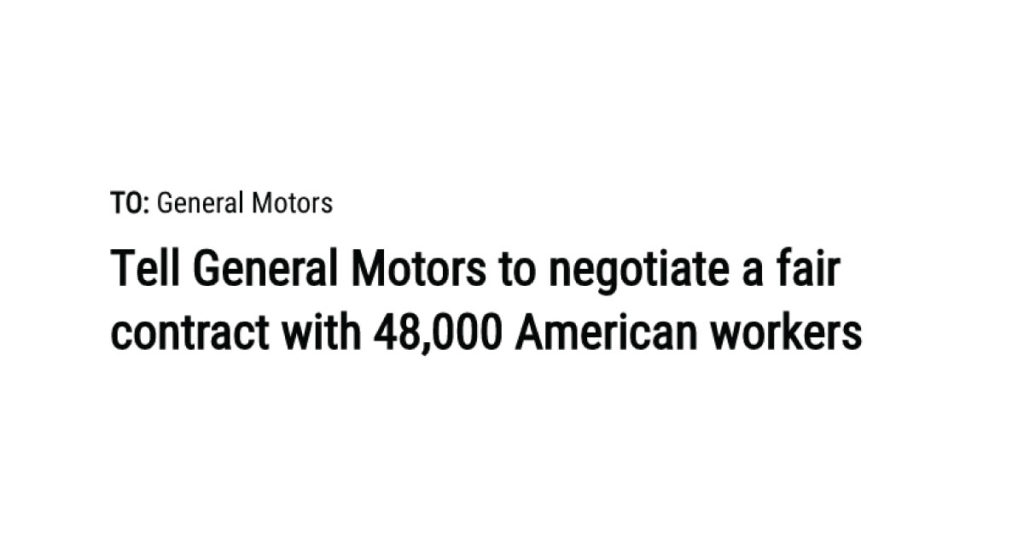 UAW members have now been on the picket line for over four weeks in hopes of securing a fair contract with General Motors. With members now gathering strike pay of just $275 per week, the real sacrifice and bravery of these striking workers has become clear to those following their struggle for fair wages and decent benefits.

As news and stories about the strike ripple across the country, more Americans than ever before are coming out to stand with workers and show their solidarity for workers during this critical moment in labor history.

UAW member Meme Edwards created an online petition calling on everyday people to support striking workers by joining UAW members in asking GM to give them a fair contract:

“Let’s be honest here. General Motors made billions of dollars in profits last year. We build the products that made those profits possible. We’re just asking for a fair share based on all that General Motors workers do for the company and the American public. GM needs to come to the table in good faith and negotiate an equitable contract.”

In just a few days, Meme’s petition on MoveOn garnered over 30,000 signatures. We urge you to stand in solidarity with Meme and her fellow UAW brothers and sisters by signing and sharing her petition now.