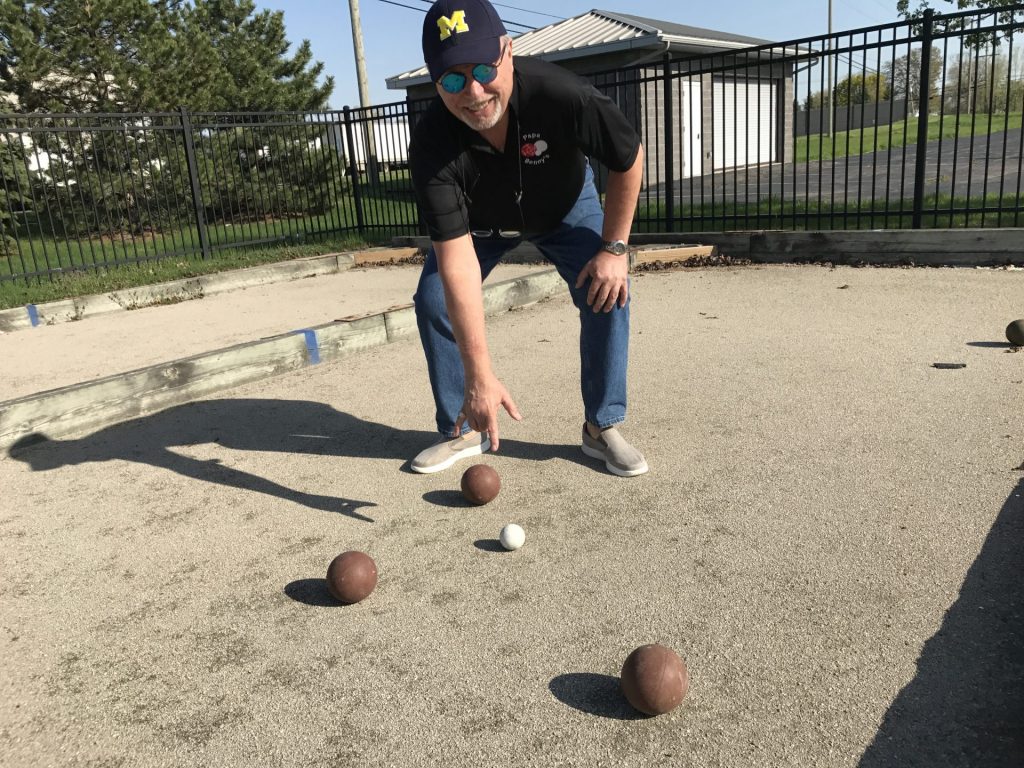 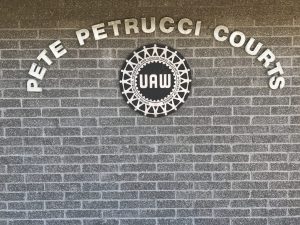 If it’s a late spring or summer Wednesday night, it’s a good bet you’ll find a group of UAW members at the Pete Petrucci courts behind the UAW Region 1 headquarters having a blast as they try to get their ball closest to the pallino.

They’ve played bocce at the region for the last 40 years and hope to expand this Region 1 tradition to a new generation of UAW members. The UAW Region 1 Bocce Ball League has started to form teams and all that’s required is one member of the team be a member of a UAW Region 1 local – and a willingness to share in the comradery. 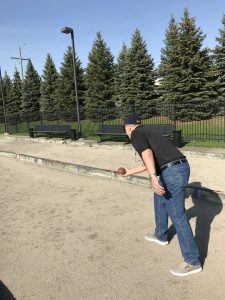 “We play as a friendly-type of league, but it’s competitive also,” said Rich Kreider, a UAW retiree from Local 412 and Local 160 who has played every year since the league’s founding. “I think 40 years of participation by UAW members is a wonderful thing.”

Kreider demonstrated the basics of the game at the region in Warren, Michigan, for a guest as the league held its organizational meeting this week. First, a small plastic white ball – the pallino – is rolled down the 84-foot-long court of clay, sand and crushed slag. The object is to roll a larger ball as close as possible to the pallino. There are two players from each team at each side of the court and each side gets two rolls. Players use a number of strategies, including knocking the opponents’ ball away from the pallino or protecting their own good shot by placing another shot directly in front to make it difficult for the initial shot to be knocked away. The maximum score for any round is a four, and games end when one team reaches 18.

The league fee is $30 per player for the season, and teams must have a minimum of four players, but most carry a few substitutes to account for the summer vacation season. The league supplies the balls or you can bring your own. The league, which has begun distributing fliers in Region 1 workplaces, hosts a mid-season grill out, as well as an end-of-the-season awards banquet in September.

“It’s a wonderful comradery we have and it’s not going to cost you an arm and a leg,” Kreider, the league’s former coordinator, said.

Dave Whitlow, the league’s current coordinator, has been playing for 22 years. He said at present there are eight teams confirmed, but they can accommodate many more.

The league also helps fund the Annual Handicapped Fishing Derby at Island Harbor Marina in St. Clair Shores, Michigan, with the money collected through bottle and can return refunds, and member donations. Last year, they raised $440 to help the handicapped spend a day fishing.

The courts were named after Pete Petrucci, a former UAW Region 1 director who was instrumental in first getting bocce courts built at the region when it was at 12 and Hoover and then again when the office moved to 13and I-75. Bob Gowatch, a Local 228 retiree who has played in the league since its founding, wants the tradition to continue. He wants younger UAW members to know how much fun bocce – and simply hanging out with your brothers and sisters in a non-work environment – can be.

“That’s why we have to try and get younger people in there,” said Gowatch who, along with Kreider and retiree Jerry Kaczperski of Local 412 and Local 160, are the three remaining charter members of the league. “We hope to continue it on.”