UAW Members to Concentrate on Four Issues in 2018 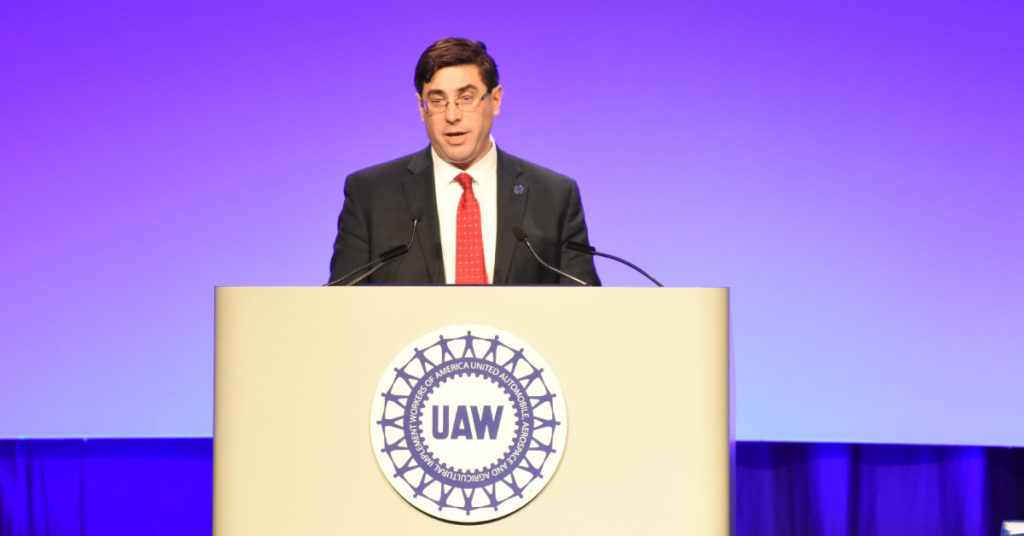 When Republicans took complete control of the government in 2016, most union members understood that workers would take a hit, but we underestimated just how bad it would be, the UAW’s chief lobbyist told political activists Monday.

From attacks on health care, workers’ rights and immigrants to inaction on NAFTA, a lot of awful things are happening in Washington right now, Josh Nassar, the UAW’s legislative director, told delegates at the 2018 UAW Community Action Program (CAP) Conference.

“It’s been rough in the last couple of years,” Nassar said during an hour-long presentation designed to educate members about top legislative issues. “The right wing has been going after us pretty hard.”

The new tax law was not only a massive giveaway to corporations and the wealthy, but it attacked the foundation of the Affordable Care Act by doing away with the requirement that those who can afford health care must buy a policy or be penalized. Consequently, fewer younger, healthier people will be in the insurance market, which will drive up rates. The revenue lost from the roughly $1.8 trillion costs will need to be made up somewhere. House Speaker Paul Ryan has already said he will target our safety net this year.

“This is more than a bad tax law,” Nassar said. “It’s a bad health care law.”

Workers’ Rights Under Attack
Expect the attacks on workers’ rights to get even worse, Josh Nassar, the UAW’s legislative director, told delegates at the 2018UAW Community Action Program (CAP) Conference.

President Trump has nominated two anti-union National Labor Relations Board members who now give the board a pro-business tilt. They have already voided several pro-worker rules.  Meanwhile, the Department of Labor has gutted pro-worker overtime rules and critical health and safety measures. Companies now will be required to maintain detailed health and safety records for just six months to avoid penalties, a change Nassar called “unconscionable.”

“This is going to affect peoples’ well-being,” Nassar said. “There’s no question about it.”

“When you have fewer people in a union, you have a weaker middle class,” he stressed.

President Trump has promised to renegotiate NAFTA and Nassar noted that we’ve lost 3.6 million jobs from 2000-2014 as a result of bad trade deals. Many of those jobs have moved to Mexico, however, Nassar said he wanted to make it clear that Mexican workers are not our enemy. NAFTA failed in its promise to raise wages for Mexican workers, in part because they have virtually no independent unions to bargain for better wages and working conditions. Mexican workers have so-called protection unions, which are basically company unions.

“We need real unions in Mexico – unions that can collectively bargain,” he said.

UAW members should tell their representatives that any renegotiated NAFTA must be good for workers in the U.S., Mexico and Canada.

“There’s been a lot of heated rhetoric about immigration, including false statements that undocumented people are responsible for more crime and that they are entering the country virtually unscreened.”  Nassar stressed that immigration reform is important to the labor movement because as long as workers are undocumented, there will be downward pressure on U.S. wages.

President Trump recently announced that he was ending the Deferred Action for Childhood Arrivals (DACA) policy instituted for those who were brought to the U.S. as children by their parents. Nassar urged delegates to lobby their lawmakers to pass the DREAM Act, which protects those in the DACA program by giving them conditional permanent resident status and provides a path to U.S. citizenship.