UAW Members Travel to D.C. to Talk About Flint 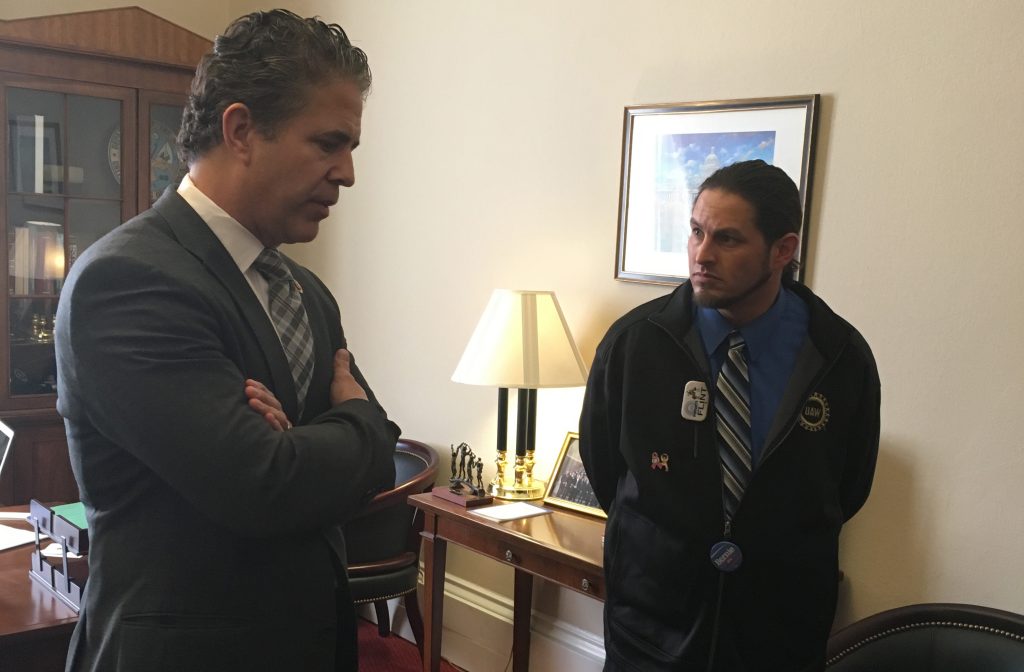 Yesterday, UAW members traveled to Washington, D.C. to meet with their congressional representatives to demand action in Flint, Mich. after the water crisis that left that community without drinkable water. Their visit to the nation’s capital coincided with a congressional hearing about the causes of the crisis featuring testimony from Michigan Governor Rick Snyder and U.S. Environmental Protection Agency Administrator Gina McCarthy

In Flint, Michigan and throughout the nation, there has been justifiable outrage over the decisions made by state elected and appointed officials in the handling of the water crisis.

Because officials put cost savings ahead of the health of Flint residents, thousands have been poisoned, and several deaths are suspected due to extended and excessive exposure to contaminated toxic water. But, the full impact will not be known for decades, and the effects will plague the children of Flint for generations to come.

Even if you didn’t get the opportunity to go to D.C. and talk to your representatives in person, you can still make a difference for the citizens of Flint. We’re asking concerned UAW members to call Congress at 888-926-0045 and tell them that:

Congress must declare Flint a major disaster so that FEMA can respond quickly and disperse much-needed federal aid just as it has in the case of previous disasters.

Congress must also pass a comprehensive package to help the victims and fix the infrastructure so residents have safe water.

It’s time to make our voices heard on behalf of the many UAW members and families that have been affected by this crisis. So take the time to call Congress at 888-926-0045 and demand action in Flint now!