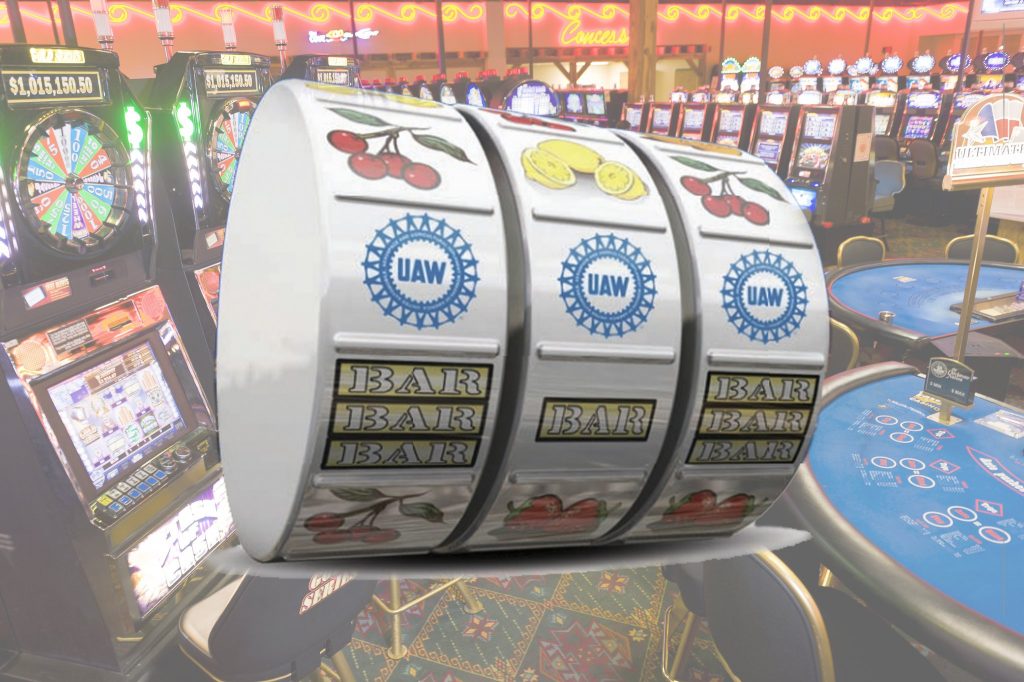 The UAW, which represents more than 13,000 gaming workers in nine states, is the largest member of a coalition of five unions that bargained with Caesars Entertainment Corporation, the casino’s owners.

“We’ve improved our working conditions across the board with this contract,” said Aaron Carter, bargaining committee chairman of UAW Local 17. “This contract will help our members to have jobs that can support a family. They deserve no less.”

The 570 workers represented by the UAW won raises that brings pay up to $6.30 per hour, as well as raises retroactive to 2015. Table games dealers may also receive an additional $1.75 an hour based on their knowledge of games. The bargaining committee also won protection for dealers’ tips, also known as “tokes” in the gaming industry, as well as contractual changes that will improve the toke rate in table games. Health care was improved with no deductibles and a small co-pay for prescription medications. Workers also won a formal grievance procedure.

The agreement, which went into effect earlier this month, is the byproduct of a long campaign spearheaded by the UAW and other groups to expand gaming in Maryland and bring a casino to downtown Baltimore. In 2012, voters approved Question 7, that led to the opening of the Horseshoe in 2014. Table games and poker room workers voted to join the UAW in 2015.

“We knew about the UAW’s long history of success in representing gaming workers, so it was a natural fit for Horseshoe dealers and dual rates,” Carter said.

“This agreement greatly benefits our members and their families, the casino, and the greater Baltimore area.” said Ray Curry, director of UAW Region 8, which includes Maryland. “We commend the members of the UAW bargaining committee at the Horseshoe, which worked tirelessly for more than a year on this agreement.”