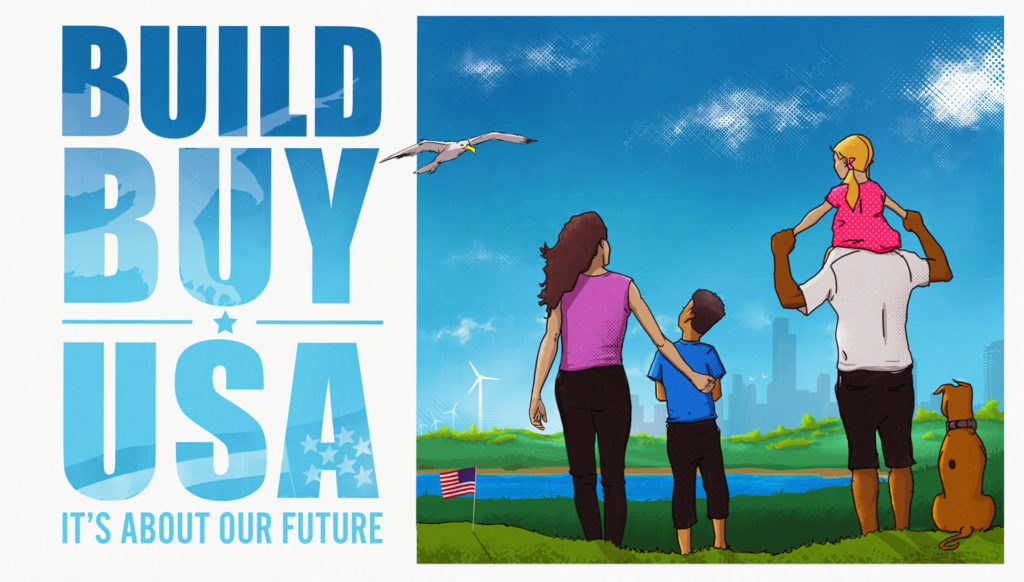 The United Autoworkers announced today the launch of its new BuildBuyUSA campaign. BuildBuyUSA (www.buildbuyusa.org) promotes the value and importance of a strong manufacturing base to our economic future and the key role consumers can play. By spending our dollars on items made domestically, consumers can encourage a resurgence of well-paying manufacturing jobs in the United States.

“Consumers have the power to make a difference,” said UAW International President Dennis Williams. “Our BuildBuyUSA campaign will give people the tools they need to make informed choices so that their spending habits can lead to more good-paying jobs right here in the U.S.A.”

“This is a real Made-in-America campaign that will benefit everyday working families – not empty rhetoric coming from Washington, DC. A strong manufacturing base was the foundation of a prosperous America, but we’ve seen too many of those jobs vanish from our shores,” Williams continued. “We need to bring those jobs back.”

Through education and advocacy, BuildBuyUSA lays out the importance of Building Here and the impact Buying Here will have on our country. The UAW will be partnering with other labor, progressive, community and religious groups, on its BuildBuyUSA campaign.

The UAW has partnered with Labor 411, the nation’s No. 1 guide to union made goods and services, on BuildBuyUSA.

“By buying goods and services from employers that treat their employees with respect through good pay, safe working conditions and good benefits, we strengthen the economy, the middle class and ultimately the country,” said Cherri Senders, Labor 411 Founder and President. “We are delighted to be partnering with the UAW to showcase just what kind of impact our spending decisions can have.”

A union song contest on the importance of good-paying jobs will be announced later this year to generate interest in the next phase of BuildBuyUSA.