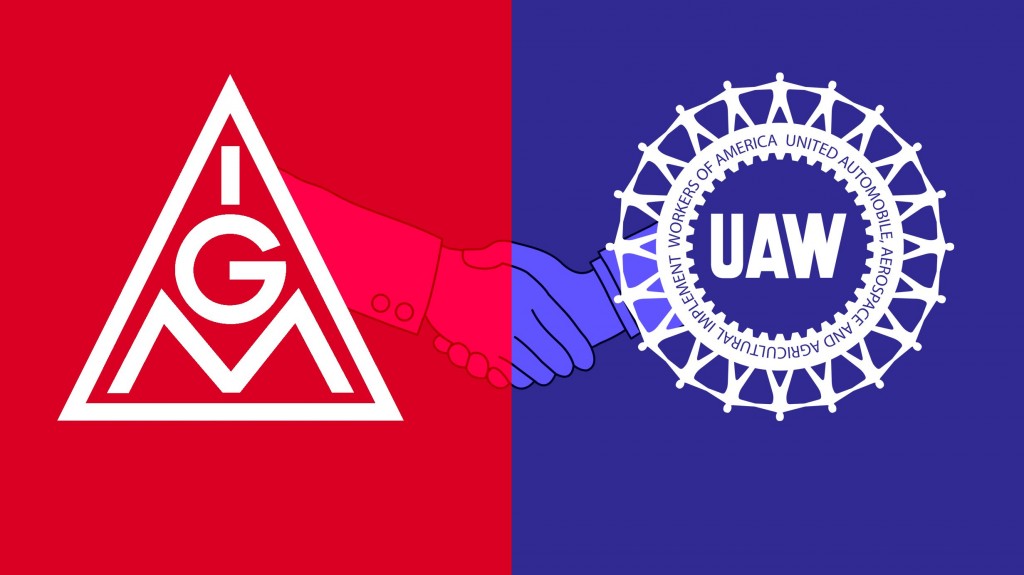 The announcement was made by UAW and IG Metall officials at a news conference at UAW Local 1853 near the General Motors plant in Spring Hill, Tenn.

One goal of the TPI: Collaborate to improve wages and working conditions for employees at German-owned auto manufacturers and suppliers in the U.S. South. Another goal: Expand on the principle of “co-determination” between management and employees by establishing German-style works councils or similar bodies to promote employee representation.
“We are pleased to be part of the new partnership and appreciate the commitment of IG Metall,” said Gary Casteel, secretary-treasurer of the UAW and director of the union’s Transnational Department. “With this new initiative, we can explore new approaches to employee representation and learn more about the globally recognized German labor system.”
The new initiative builds on existing ties between IG Metall and the UAW. For example, the unions have collaborated at Volkswagen in Chattanooga, Tenn., and Mercedes-Benz U.S. International near Tuscaloosa, Ala. In 2014, IG Metall — with the Volkswagen Global Group Works Council and, separately, the Daimler World Employee Committee — stated its desire for the plants to be “UAW-represented” facilities.
Based on automotive industry data, IG Metall estimates that German-owned automakers build approximately 750,000 vehicles in the U.S. — with a total workforce, including German-owned parts suppliers, of about 100,000 employees. The unions believe some German manufacturers are exploiting low-wage environments in the U.S. South, where working conditions — including health and safety situations — tend to be challenging for employees.
The TPI will have an office in Spring Hill.