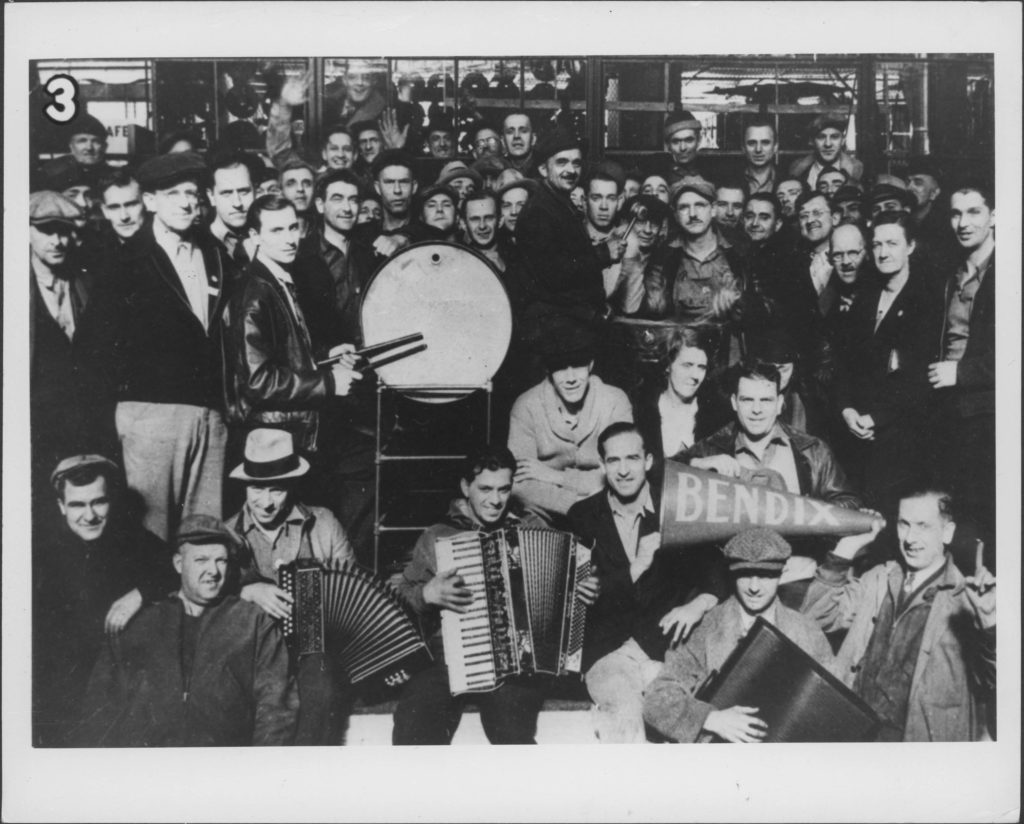 The first sit-down strike in the U.S. auto industry by workers wanting to join the UAW happened on Nov. 17, 1936, in South Bend, Indiana, at Bendix Products Corporation.

By the mid-1930s sit-down strikes had become a popular way to leverage grassroots worker activism to gain rights in the workplace, but none had the impact the first UAW strike at Bendix would as it became the main precursor to the famous Flint sit-down strike that would begin just over a month after the Bendix strike.

Part of the Bendix workforce belonged to the Bendix-Stromberg Workers Federal Labor Union #18347 which affiliated with the UAW in 1935 and became UAW Local 9. These workers began agitating against restrictions of the other union at Bendix, a company union called the Bendix Employees Association which had been in existence for three years.

On Nov. 17, 1936, this fairly new local held the nation’s first UAW sit-down strike. They held out in the cold plant for eight days until an agreement was finally reached that the company union would no longer represent the workers and that UAW Local 9 would be the single bargaining agent for Bendix workers. The eight days were not easy as the Indiana weather was extremely cold in late November and the company turned off the heat during the strike. Both male and female workers stayed in the plant on strike, however, and did their best to stay warm with warm clothes and by dancing and playing bridge.

When the strike ended, all UAW members agreed to go back to work. The workers at Bendix proved that a sit-down strike in the auto industry could get results, despite being a difficult tactic to win demands with the company. Auto workers at General Motors would take that lesson and apply it to win the most historic UAW victory at that time which was coming up a few weeks later: the Flint sit-down strike of 1936-37, when GM became the first of the Big Three automakers to recognize the UAW.