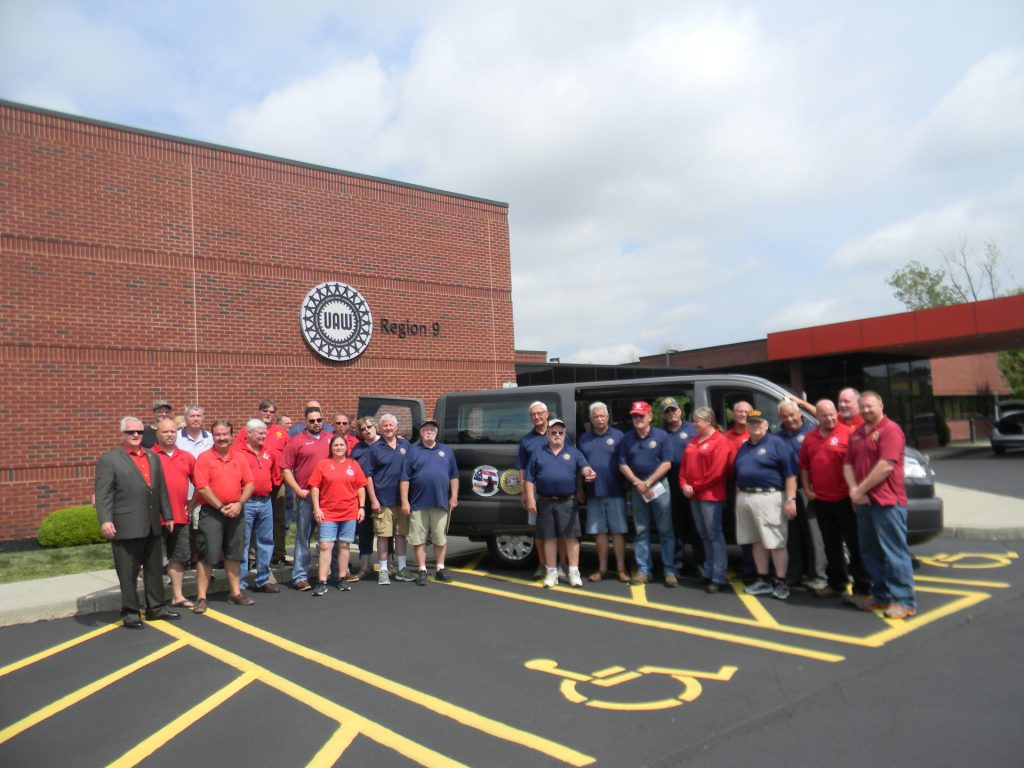 AMHERST, New York — Veterans in Western New York sometimes have difficulty getting to their medical appointments. Their journeys are now made a little easier with today’s donation of a 12-passenger van from the UAW Western New York Region 9 Veterans Committee. 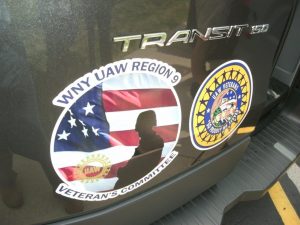 “Our members are very caring and very giving at all of our plants,” Newell said as government license plates were being installed on the van, which has a sticker price of more than $33,000.

The committee raises money through gate collections at UAW-represented workplaces in the region. It also hosts a Veterans Appreciation 5K Run, its largest fundraiser. Last year nearly 200 runners participated and more than $16,000 was raised. This year’s event is set for noon on Nov. 5, at UAW Local 686 in Lockport, New York.

The UAW Western New York Region 9 Veterans Committee also supports numerous area veterans’ organizations with labor and funds. It previously donated a van to the Bath hospital and to the Buffalo chapter of the Disabled American Veterans.

“This is a great event here today,” said UAW Region 9 Director Terry Dittes. “The veterans’ committee here in Region 9 does so many great things. But the one thing that sticks in my mind is they do it from the heart.”