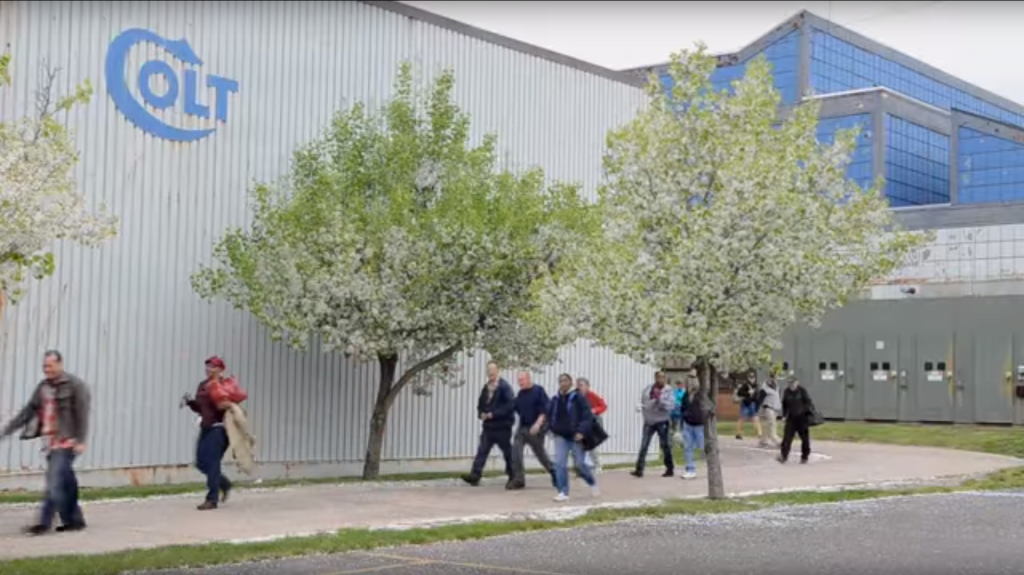 Hartford, Con. — UAW Local 376 members at Colt are resting a little easier today, having learned that the company emerged from Chapter 11 Restructuring on January 13.

UAW leadership has worked closely with management over many months, and anticipated this positive outcome. Nonetheless, there is a collective sigh of relief permeating the plant floor.

“Our members have worked hard during these months of restructuring to make sure that production continued uninterrupted. We are proud of the contributions we have made to keep this company going, and look forward to making it even stronger in the future,” said Mike Holmes, UAW Local 376 chairperson.

The UAW contract has also continued in effect without interruption throughout the bankruptcy proceeding. A Memorandum of Understanding (MOU) was executed between the parties in December that reaffirmed the terms and conditions of the existing collective bargaining agreement, with modifications only in the area of retiree health care for present and future retirees. The MOU also sets goals to improve cooperation between labor and management and increase productivity.

“For more than 160 years, Colt has stood out as one of the leaders in Connecticut’s manufacturing base. UAW Region 9A applauds the men and women who work hard every day to ensure that the outstanding quality Colt is known for continues,” said UAW Region 9A Director Julie Kushner.

The UAW represents 500 members at Colt.