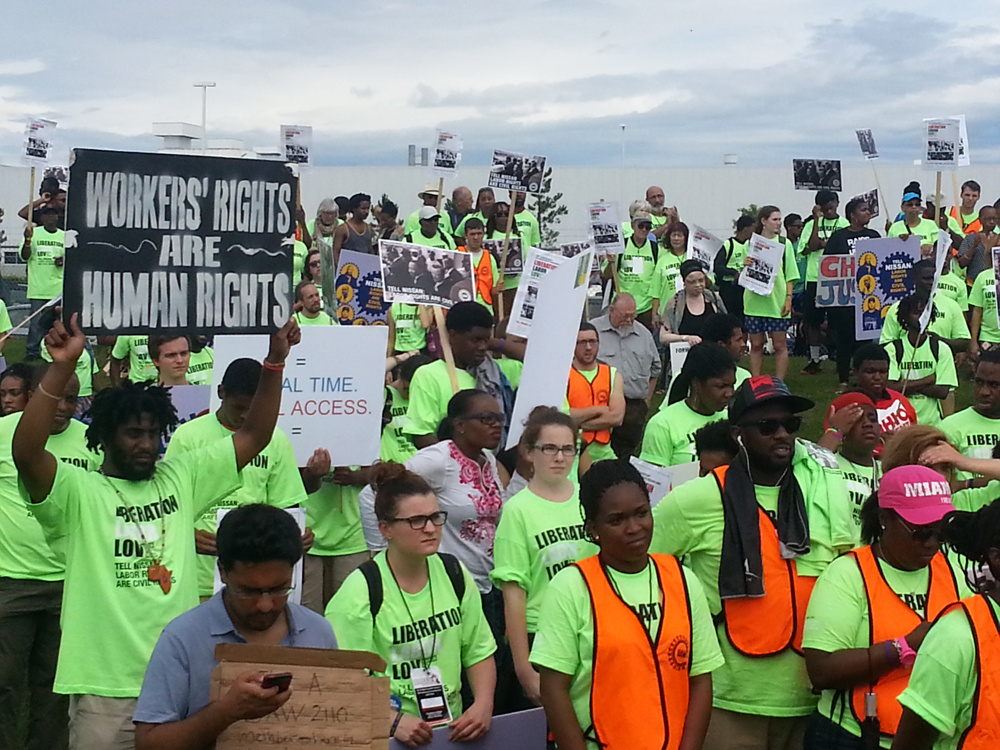 CANTON, Miss. — The UAW today criticized the Renault-Nissan Alliance for rejecting an offer to meet with a top official in France’s National Assembly who is leading the international charge to improve workers’ rights and working conditions at the Nissan assembly plant in Canton, Mississippi.

Renault-Nissan declined to meet with the Honorable Christian Hutin, member of the National Assembly and deputy chairman of its Social Affairs Commission, who today is visiting Mississippi on a fact-finding mission, and meeting with workers and civil-rights leaders. Hutin is calling for the French government to use its leverage as a major stockholder in Renault to help improve the situation in Canton. The French government has a 20 percent stake in Renault, which in turn is the largest shareholder of Nissan.

“It is deeply troubling that Renault-Nissan refuses to meet with Mr. Hutin who is on a good-faith mission to learn about the plight of workers in Canton,” said Gary Casteel, secretary-treasurer of the UAW and director of the international union’s transnational department. “This is just the latest development in a pattern of a bad behavior by the alliance, which refuses to engage with U.S. and international authorities on this matter.”

In 2015, Renault-Nissan rejected an offer by the U.S. State Department to mediate a dispute between the alliance and the UAW over claims of anti-union practices. Later that year, the National Labor Relations Board charged Renault-Nissan with violating workers’ rights in Canton, including threatening employees with termination over union activity.

“I am disappointed that Renault-Nissan officials declined to meet with me in Mississippi,” said Hutin, who earlier this month wrote to the alliance requesting a face-to-face conversation. “In my opinion, the French government cannot ignore Renault-Nissan’s anti-worker culture and its decision to thumb its nose at U.S. and international authorities.”

Hutin added: “Workers’ rights are, in fact, human rights. When I return to France, I will be informing the French government and the French President Hollande about the anti-union practices in Canton.” In June, Hutin authored a letter co-signed by 35 French and European policymakers asking Renault-Nissan to adopt a position of neutrality toward union organizing efforts in Canton.

A growing number of workers in Canton desire union representation due to poor working conditions, including widespread safety issues. By some estimates, as many as 40 percent of the 5,000 workers at the Mississippi plant have been hired as temporary employees who work for years earning significantly lower wages and benefits than regular employees. An overwhelming majority of temporary employees are African-American.

“We have bona fide civil rights concerns when it comes to Renault-Nissan and its poor treatment of workers in Canton,” said Derrick Johnson, state president of the Mississippi NAACP. “We cannot tolerate a disrespect for workers’ rights in Mississippi in 2016. Our state has come too far over the years to allow these kinds of abuses to persist.”