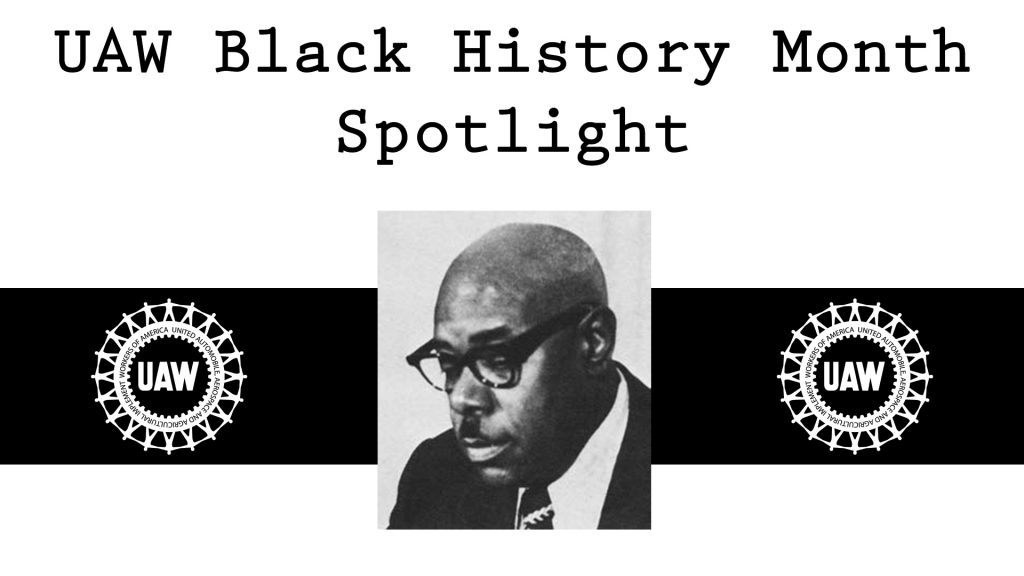 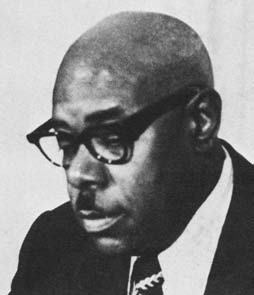 February is Black History Month, and we’re taking a look back on the contributions of African-American leaders within the UAW like Nelson “Jack” Edwards.

Jack Edwards would eventually be called Walter Reuther’s “point man for civil rights.” The road to that designation was filled with dedication to civil rights and the UAW for many years. His achievements for workers are remembered because of the improvements he won at the negotiating table for foundry working conditions and safety equipment. He helped establish the UAW’s Independents, Parts and Suppliers Council, and later became the council’s director. From 1962 to 1970, he served as a UAW International Executive Board member at large, as UAW vice president from 1970 to 1974 and as the first African-American elected to the UAW International Executive Board. In 1963, he went to Birmingham, Alabama, at the request of Walter Reuther to help with the civil rights struggles there. In 1964, Edwards was elected vice president of the NAACP, and later co-founded the Coalition of Black Trade Unionists.