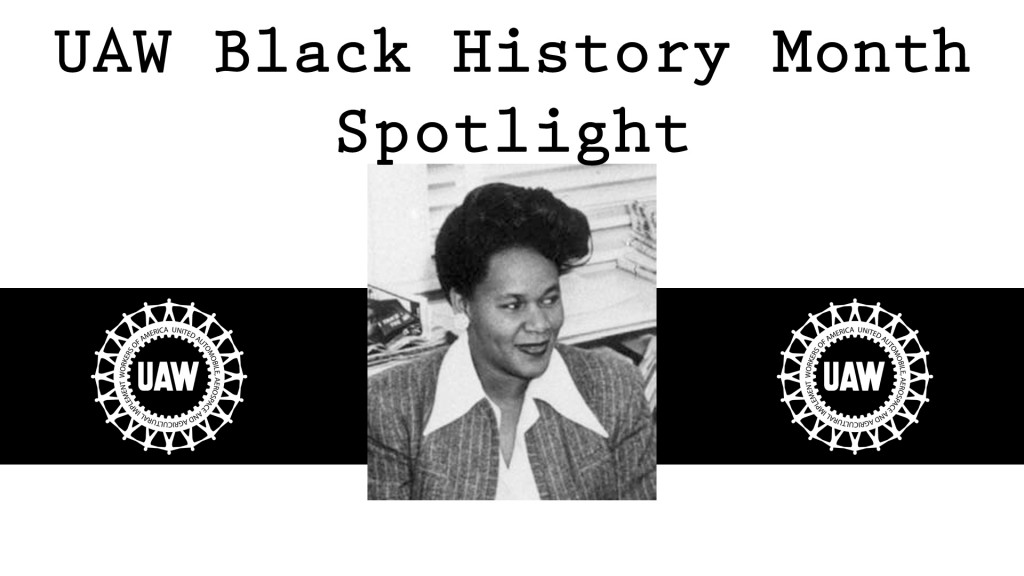 World War II was the start of Lillian Hatcher’s many years fighting for social justice. While doing defense work at Briggs Manufacturing in Detroit, she noticed that African-American women were passed over for promotions to riveter positions. Determined to do something about it, she joined UAW Local 742 and the Double Victory Club, an African-American group that advocated for equal rights in the war industries. She eventually was promoted to a riveter position.

From there, she won election to Local 742’s executive board and soon after was appointed an International representative with the UAW’s newly formed Women’s Bureau, the first African-American woman to be appointed a UAW International representative. Through the next decades, she served on countless social justice boards and committees, including the U.S. Labor Department’s War Production Board and Advisory Council to the Women’s Bureau, the United Nation’s Education and Economic Council, and in the UAW’s Fair Practices and Anti-Discrimination Department. She also served as a delegate to the 1961-62 Michigan Constitutional Convention where she helped establish the Michigan Civil Rights Commission. Hatcher was an active member of the NAACP, the National Council of Negro Women, the Democratic Party, and numerous other civil and women’s rights groups.

Read about more important black leaders who have helped make the UAW a strong union.

President Rory L. Gamble: Thanks to Give, Good Work Done, and Good Work to Do