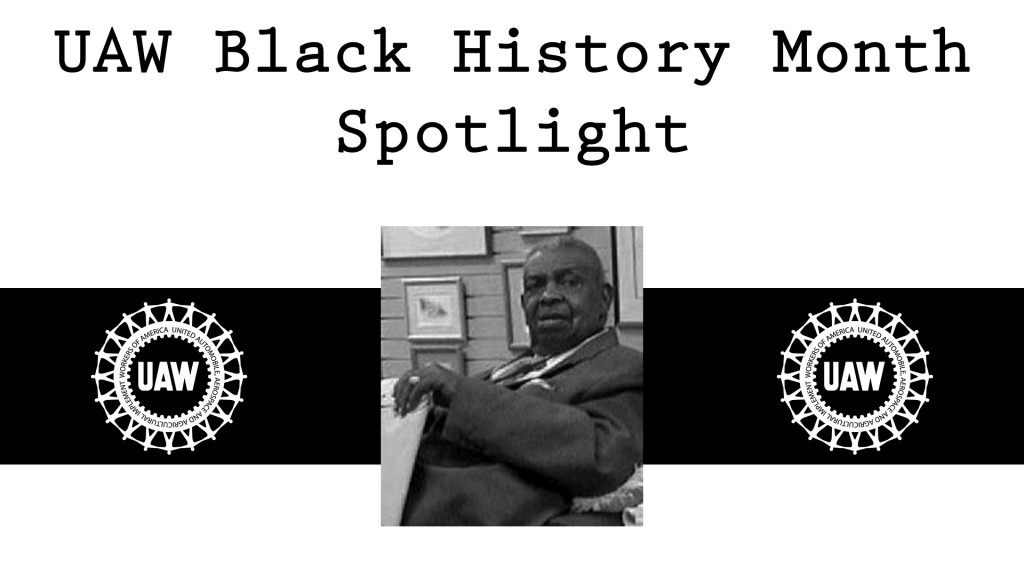 Ben Gross was not only a leader in the labor movement, but also an icon in the civil rights movement and in the fight for racially integrated housing. His accomplishments eventually led him to elected office and then positions within UAW leadership. When Gross passed away in 2012, the city of Milpitas held a memorial service and named a street in his honor. Below is an interview conducted with Ben Gross in 2011 by UAW staff, reflecting on his life and accomplishments:

After 90 years there is still a sparkle in Ben Gross’s eyes and animation in his limbs when he talks about a 62-year long partnership with his beloved UAW.

“We broke down a lot of barriers, said Gross. “Walter Reuther was right there and if there was a wrong, he knew he could count on me and I knew I could count on him and the UAW. We did everything we could to make it right.”

A trail of firsts

One year later, Gross became the first African American elected to the local’s bargaining committee. In 1954 he chaired the local’s housing committee and was instrumental in creating the Sunnyhills cooperative development in Milpitas, the first planned interracial community in America sponsored by a labor union.

That housing development was important because when Ford moved its plant from Richmond to Milpitas workers faced a 100-mile roundtrip commute because the town did not want blacks living in the small community near San Jose.

“The best they wanted to do was to give blacks “substandard housing across the creek,” Gross said. “They were afraid. They had never lived around blacks and didn’t know what to expect.”

Gross won the respect of his coworkers and his new neighbors. So much in fact that in 1961, the residents of Milpitas elected him to the city council, the first time Milpitas had elected an African American to its governing board. It was so historical that Look and Life magazines chronicled the event.

In 1966, Milpitas residents elected Gross mayor and reelected him in 1968. Gross was the first black mayor of any predominantly white California town.

From Milpitas to Detroit

From Selma to Montgomery and from Detroit to Washington, Gross stood on the front lines with the UAW in the Civil Rights Movement. He served the union with that fierce passion for fairness until his retirement in 1986. It didn’t take long for him to decide what to do next. He was appointed to the UAW Appeals Committee, which handles the union’s major in-house grievances.

“I didn’t even take a vacation. I never stopped. It does keep me busy,” said Gross.

No matter how many firsts define Gross, he loves being a family man. That is especially clear when he reflects on his recent birthday celebration in Detroit.

He explained that a diverse group of friends gathered to celebrate his 90th birthday. “We even had a DJ,” said Gross.

The best part of the night, wasn’t a plaque or a reading of all the firsts Gross accomplished since he joined the UAW. It was having his 20-year-old son, Ashley, sneak home from Florida Memorial University in Miami to wish his dad a happy birthday in person.

“He usually calls. I thought he would just call me that night,” said Gross. “But he came home. That just meant the world to me,” he said.