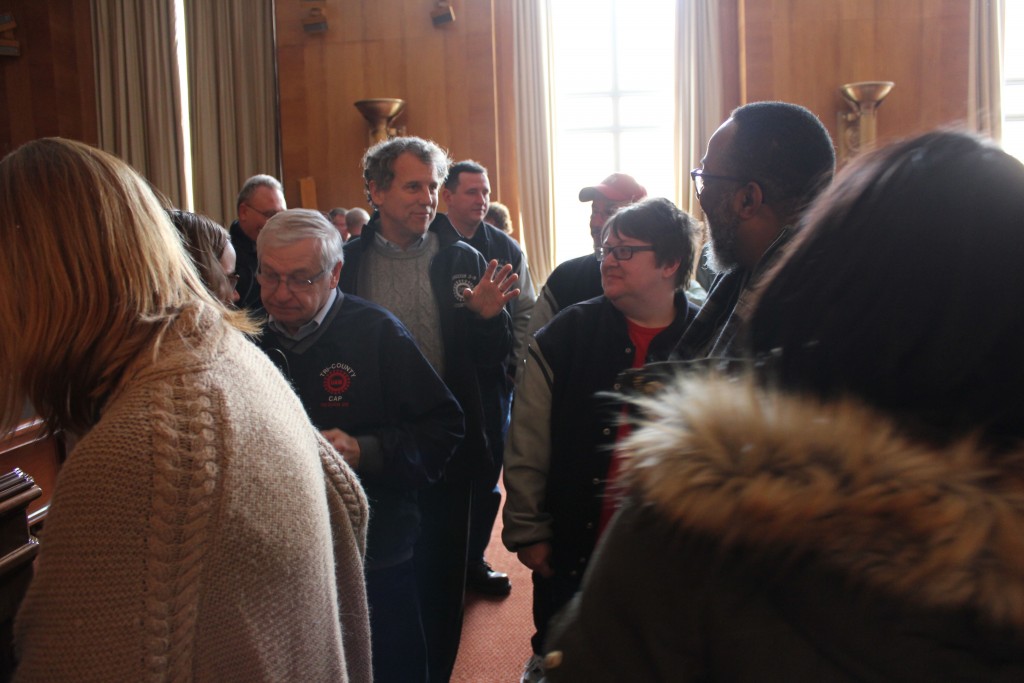 On Tuesday, January 26, UAW Members from Region 2B gathered for breakfast in Washington, D.C., in the the aftermath of Winter Storm Jonas. Dozens of members from Ohio and Indiana had been fortunate enough to make it into the capital before the worst of the storm hit and the conference was officially canceled.

With many elected officials out of town and unable to get back due to travel conditions, it wasn’t certain that members would have anyone to meet with. However, Senator Joe Donnelly (D- Ind.) was able to travel to Washington from Indianapolis thanks, he said, to his UAW-made four-wheel drive vehicle.

Sen. Donnelly spoke to UAW members about the importance of the middle class and the work UAW members perform in parts, auto assembly, aerospace and defense work, among other sectors in Region 2B. He spoke glowingly of the support he had received from UAW members during his Senate campaign in 2012, detailing a time when UAW members packed the auditorium for the final debate of that campaign.

“You’ve had my back, and I’ll have yours. Every time,” said Donnelly.

Afterwards, members discussed a number of issues that will be of high priority for the union’s political program in the coming year. They spoke about the significance of the upcoming elections at the federal, state and local levels and what activists can do to get more rank-and-file members involved in and informed about the process. Members reviewed Region 2B’s plan for gathering more V-CAP donations. Finally, CAP representatives from Indiana and Ohio briefed members about state and local races, bills expected to come up for a vote in 2016 legislative sessions, and instructions for hill visits later that day.

Afterwards, UAW members went to visit Senators Sherrod Brown (D – Ohio) and Joe Donnelly (D- Ind.) in their offices on Capitol Hill where they spoke about issues of importance to working people in their communities.

“It’s a testament to our members that, even though the conference was canceled, they were determined to make productive use of their time here in Washington,” said Region 2B Director Ken Lortz, “I couldn’t be prouder of our members.”