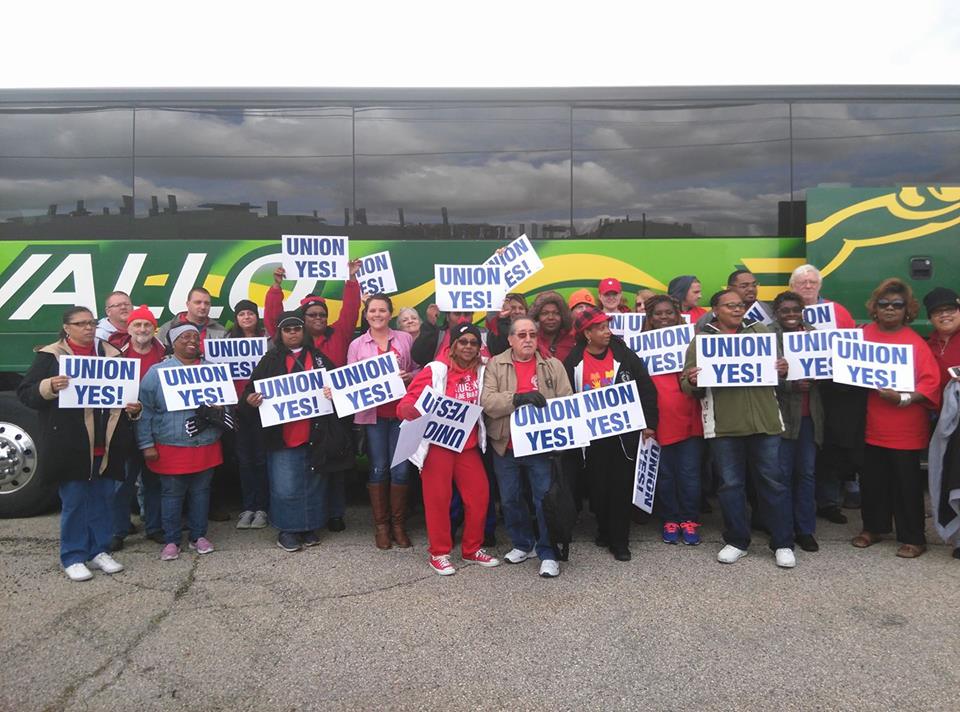 MORAINE, Ohio — Two thousand UAW members, Dayton-area residents, family members and supporters from throughout Ohio and Indiana turned out today to show support for Fuyao Glass Plant workers who on Oct. 16 filed a request with the National Labor Relations Board (NLRB) for a representation election at the Ohio plant.

On Tuesday, the NLRB set the election for Nov. 8-9 at the plant. 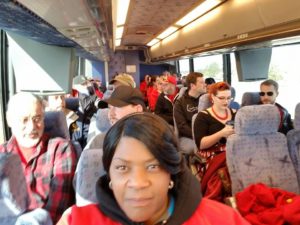 “We want Fuyao workers to know that they’re not alone. We’re here and we support them,” said Rich Rankin, UAW Region 2B director. “There are thousands of people here to show them that there is strength in unity and they can stand tall and feel assured that they have strong support,” Rankin said.

“We’re not just union members, but we’re taxpayers and community members as well,” said Brian Martin, president of UAW Local 696 in Dayton. “State and local taxpayers have invested over $20 million in subsidies to make this plant successful. In return, Fuyao has an obligation to provide our community with good, stable jobs.” 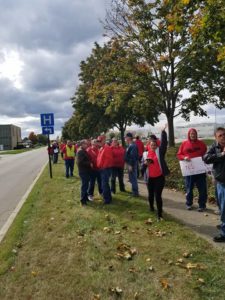 Fuyao workers cite a pattern of unsafe workplace conditions, arbitrary policies and unfair and unequal treatment on the job. Their worries about workplace safety have led to complaints and fines against Fuyao by the Occupational Safety and Health Administration (OSHA).

They are fighting for fair procedures and policies that give all Fuyao workers equal treatment, better communication with management, procedures that promote the job growth that the Dayton-area needs, and measures that reduce the company’s high turnover rate.

Workers say they want to produce quality products and help the company grow, but face the constant fear that any day they could be fired without warning, notice or sufficient reason. 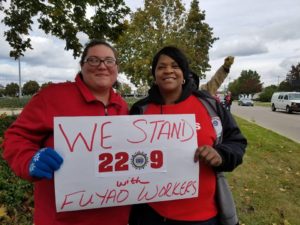 “Seeing all these people coming out to support us reminds me that I am part of something big that can make a real difference for me and my coworkers,” said Fuyao worker Jeremy Grant. Among those travelling to the rally were members of UAW Local 1212 in Lordstown, Ohio where 3,000 UAW members at the General Motors plant produce the award-winning Chevy Cruze.

“Our members work in a safe and ergonomically friendly environment,” said Glenn Johnson, the local’s president. “It is important to us that all workers have safe and ergonomic working conditions. I don’t want to be the person to look a family in the eye and tell them their family member isn’t coming home today,” said Johnson. 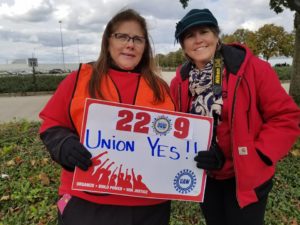 “This is why we traveled 3 1/2 hours from the northeast side of the state to support these brave Fuyao workers and their right to join a union. A union will provide a seat at the table for them, a voice in their workplace and insure their voices are heard,” Johnson said.

Visit fuyaoforward.org for more information about Fuyao workers and their fight for fair polices and equal treatment at their workplace.

Top photo by Mike Rankert. All photos below the top by UAW 2209 Union Hall/Facebook