Why This Tuesday Matters to UAW Members 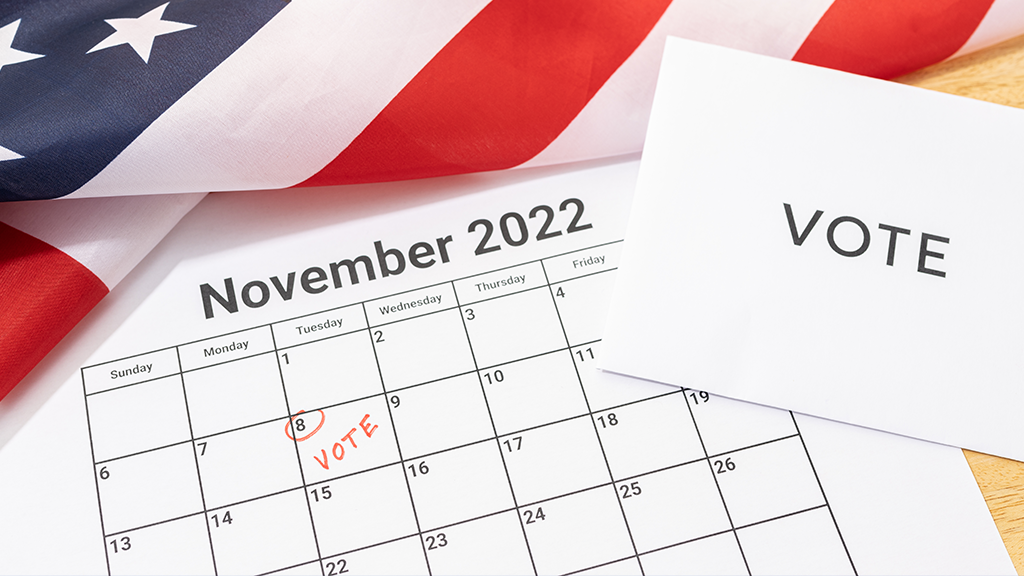 In our democracy, we, the American people, vote to elect our leaders. The people, not politicians, have the final say in deciding who will represent us. We cannot afford to take this fundamental right lightly.  At the same time, it can be hard to make an informed choice as we are bombarded with attack ads and widespread misinformation everywhere we turn. Fortunately, candidate records and voting histories can be utilized to gain a better understanding of how candidates intend to govern if elected.

In Congress, the agenda is determined by the party in power. Since January 2021 (117th Congress), Democrats have held slim majorities in the House and Senate. This session has been extraordinarily productive.

The 117th Congress’ first order of business was keeping us out of a deep recession and fighting COVID-19 at a time when vaccines were not readily available, and the pandemic was raging. In response, on March 11, 2021, President Biden signed the American Rescue Plan Act (ARPA) into law. It kept our economy afloat by providing a lifeline to laid off workers and communities. ARPA included $160 billion for COVID vaccines and testing. The Child Tax Credit (CTC) reduced childhood poverty by giving up to $3,600 to families for children under the age of 6 and $3,000 per child aged 6-17. ARPA included $86 billion to ensure retirees in distressed multiemployer plans will receive their earned benefits.

Last fall, the largest investment in infrastructure in a generation was made when the Infrastructure Investment and Jobs Act (IIJA) was signed into law. IIJA provided $1.2 trillion to fix and modernize our nation’s roads, bridges, tunnels, ports, power grid, electric vehicle (EV) charging stations, broadband infrastructure, and wastewater facilities. The sweeping, bipartisan law makes a down payment on our future while creating opportunities to grow and maintain union jobs.

Congress and the Biden administration delivered for veterans by voting the Honoring our PACT Act of 2022 into law. The new law provides benefits for veterans exposed to toxic burns and establishes a registry for exposed veterans and a formal advisory committee on toxic exposure. It will also expand Veteran Affairs (VA) health care eligibility to post-9/11 combat veterans as there are more than 3.5 million people who were exposed to toxins while serving in the military.

This summer President Biden made a broad student loan cancellation announcement. Under this initiative, the Department of Education will provide up to $20,000 in debt cancellation to Pell Grant recipients with loans held by the Department of Education, and up to $10,000 in debt cancellation to non-Pell Grant recipients. Borrowers are eligible for this relief if their individual income is less than $125,000 ($250,000 for married couples). The application to qualify for student debt relief is officially live at studentaid.gov. although it has been blocked for the time being due to a lawsuit by opponents of granting debt relief.  Since the site was launched a few weeks ago, over 8 million people have applied, and the Biden administration estimates more than 40 million people will be eligible for the relief program.

On August 9, 2022, President Biden signed the CHIPS and Science Act, which will help ensure in the future that we are not dependent on foreign semiconductor producers to build cars, trucks, and agricultural and construction equipment we need to keep our country moving forward. The ongoing semiconductor shortage was exacerbated by the fact that no auto-grade semiconductors are made in the USA. The new law invests $52 billion to bolster U.S. semiconductor production with $2 billion prioritized for mature industries like the motor vehicle sector and defense systems. The CHIPS and Science Act will improve U.S. competitiveness and help ensure we do not have future shortages. It authorizes new investments in STEM education and training from K-12 to community college, undergraduate, and graduate education to prepare workers for jobs for emerging jobs and new technologies.

A week later, President Biden signed the Inflation Reduction Act of 2022 into law. This law will finally help rein in the skyrocketing costs of life-saving drugs by allowing Medicare to negotiate drug prices with the pharmaceutical industry. It caps insulin co-pays, stops drug companies from jacking up rates on many popular lifesaving drugs, and expands Affordable Care Act (ACA) subsidies to help low- and moderate-income families afford health care.

The Inflation Reduction Act includes significant investments that stand to help UAW members through fully funding the Advanced Technology Vehicle Manufacturing (ATVM) loan program which will help factories retool. The Domestic Manufacturing Conversion grants will support the conversion and retooling of vehicle technology manufacturing facilities, including those at risk of closure, to onshore and build batteries and other advanced vehicle technologies. Funding, updating, and targeting the 48C tax credit is included to support the establishment, retooling, and expansion of clean energy and technology manufacturing facilities, particularly in communities facing deindustrialization. GM will also be eligible again for the EV tax credit as the 200,000 cap was removed.

The law reduces the deficit by hundreds of billions of dollars and provisions are “paid for” by eliminating incentives multinational corporations utilize to ship jobs overseas and avoid paying their fair share. The tax provisions in this law will ensure that some of the largest corporations in the world pay their fair share by imposing a 15% minimum corporate tax on corporations with profits exceeding $1 billion. The corporate share of federal tax revenue dropping by two-thirds in the last 60 years, from 32% in 1952 to 10% in 2013. The Joint Committee on Taxation (JCT) estimates that this provision will generate $222.2 billion in revenue from fiscal year (FY) 2022 through FY 2031.

The minimum corporate tax is long overdue as the previous Administration passed laws that favored corporations and the ultra-wealthy over workers. Thirty-nine profitable corporations in the S&P 500 or Fortune 500 paid no federal income tax from 2018 through 2020, the first three years that the TCJA was in effect. These same corporations generated $122 billion in profits during that period. Year after year these corporations reported record profits to shareholders but paid a lower tax rate than nurses, firefighters, and teachers. TJCA made economic disparities worse and gave companies incentives to invest overseas rather than in the United States. We strongly opposed the TCJA when it was being debated by Congress.

The Trump administration and the Republican-led Congress used the Congressional Review Act (CRA), a little-known law, to kill 14 Obama-era rules including undoing record-keeping requirements we supported for workplace injuries.

During the Trump administration, Supreme Court Justices Neil Gorsuch, Brett Kavanaugh, and Amy Coney Barrett were confirmed by the Senate to serve on the highest court in the land for life. Recently, these three justices teamed up with their conversative far-right colleagues and disregarded 50 years of precedent by ruling that there is no constitutional right for women to have an abortion. A few short years ago, very few thought the Supreme Court would overturn Roe v. Wade. We all know how that worked out. It is no secret that a long-time goal of the radical right is to weaken worker power and discredit the labor movement. Congress could neutralize the courts, in part, by passing new laws that protect the right to join a union and a woman’s right to choose.

On November 8th, we will decide who serves us in the U.S. House of Representatives, one third of the Senate, and 36 governor mansions throughout the country, including in Michigan. The outcome of these elections will have a profound impact on our country for years, if not decades.

The choices are clear: do we want policies that support workers and invest in the jobs of the future, or do we want to see more tax breaks for billionaires and even more obstacles to restrict the right to vote?

Democracy is not a spectator sport. If we do not use our power, we are in danger of losing it.