Tomorrow, we march! RSVP for the March for Science 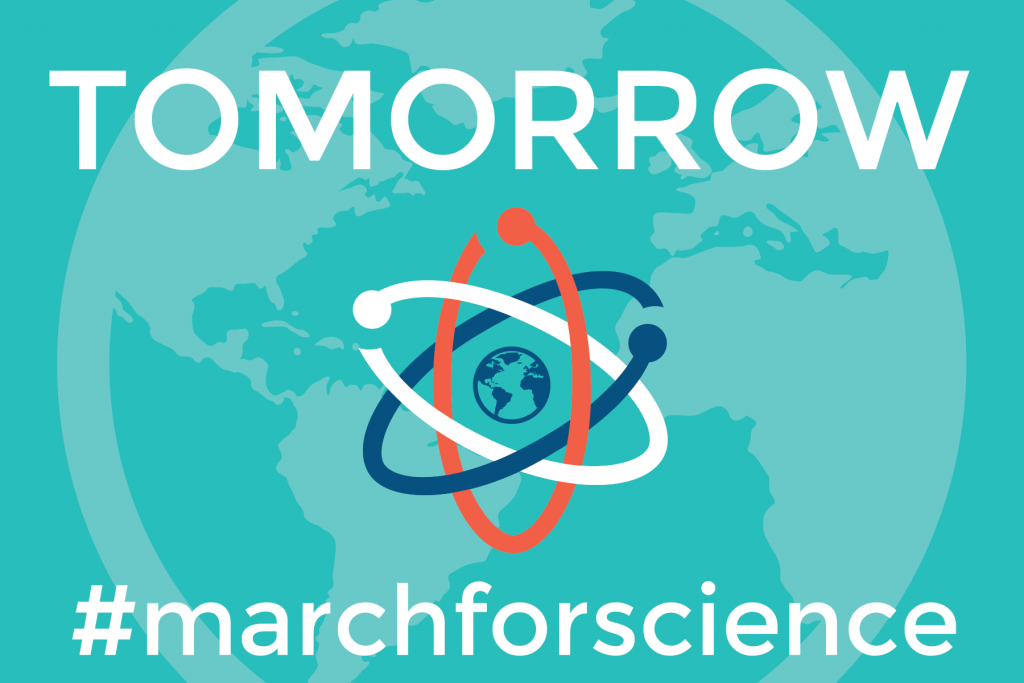 Have you RSVP’d yet?

The March for Science is a celebration of science.  It’s not only about scientists and politicians; it is about the very real role that science plays in each of our lives and the need to respect and encourage research that gives us insight into the world.

Nevertheless, the march has generated a great deal of conversation around whether or not scientists should involve themselves in politics. In the face of an alarming trend toward discrediting scientific consensus and restricting scientific discovery, we might ask instead: can we afford not to speak out in its defense?

There is no Planet B. Join the #MarchForScience.

We Will Fight for the Members of our Past, Present and Future