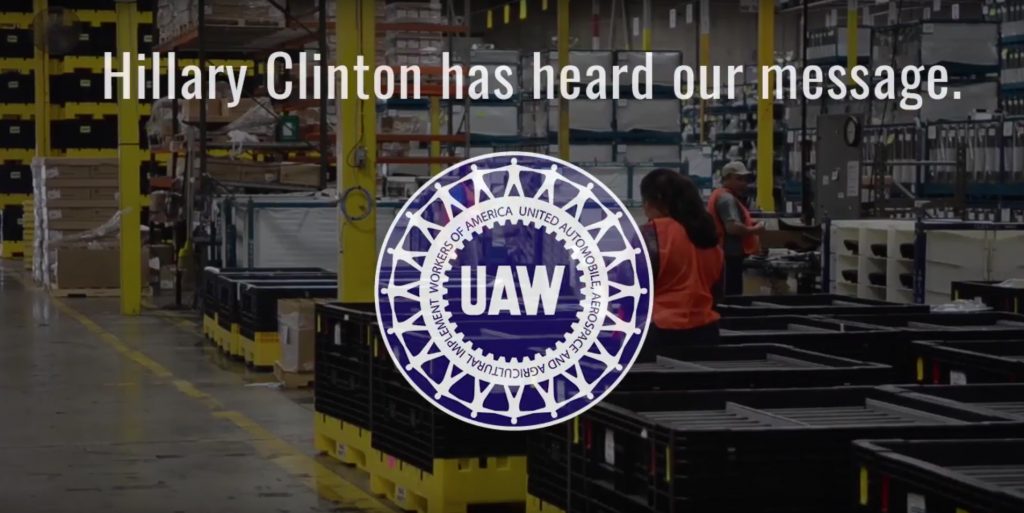 The UAW endorsed Hillary Clinton for president because she is experienced and focused on job security. Our country needs an experienced voice that understands the complexities of multinational economies and how they impact American workers, their families and communities.

There were two excellent candidates seeking the Democratic nomination for president: Hillary Clinton and Bernie Sanders. Both would have promoted and supported policies that are good for UAW members and working families. Our labor union did not rush to judgment on the endorsement. We have talked to the candidates who sought our endorsement. We waited to let the primary process run its course. But there does come a time when we have to unite. That time is now.

Secretary Clinton understands that an economic plan must raise incomes for hardworking Americans.

Secretary Clinton received over 3 million more votes in the Democratic primary and over 1 million more votes than any candidate overall. This election is important to our members and their job security, and it is in the best interest of our members and our nation to unify behind Hillary Clinton, who will help improve the lives of working men and women and their families.

The Republican Party is uniting behind Donald Trump who has said workers make too much money and he would push for lower wages for UAW members. How can a candidate convince UAW members they should make less money for their hard work? Making America great again isn’t done by lowering wages of workers. That’s the wrong kind of leadership.

When you take his statements at face value, and you watch the circus that has been the Republican primary, you wonder about his temperament at a time when our members and all working men and women need global leadership to save their jobs and livelihoods.

Secretary Clinton understands that an economic plan must raise incomes for hardworking Americans. This includes strengthening the federal minimum wage and supporting the Obama administration’s expansion of overtime rules to include millions of American workers. UAW believes the right to collectively bargain is essential so that working men and women can improve their living standards, provide for their families and build a strong middle class. Secretary Clinton supported the UAW as an original co-sponsor of the Employee Free Choice Act and stood up against attacks on collective bargaining when we needed her. She believes that equal pay, paid family leave, earned sick days, and affordable child care will improve the lives of working families.

UAW stands behind the candidate who has the clearest path to win in November and who will work to improve the lives of working families across the nation. A house divided cannot stand. One party is already uniting behind Donald Trump who said he will push for lower wages. If we want a different outcome, unity matters.