The UAW – A Powerful, Needed Voice for 80 Years 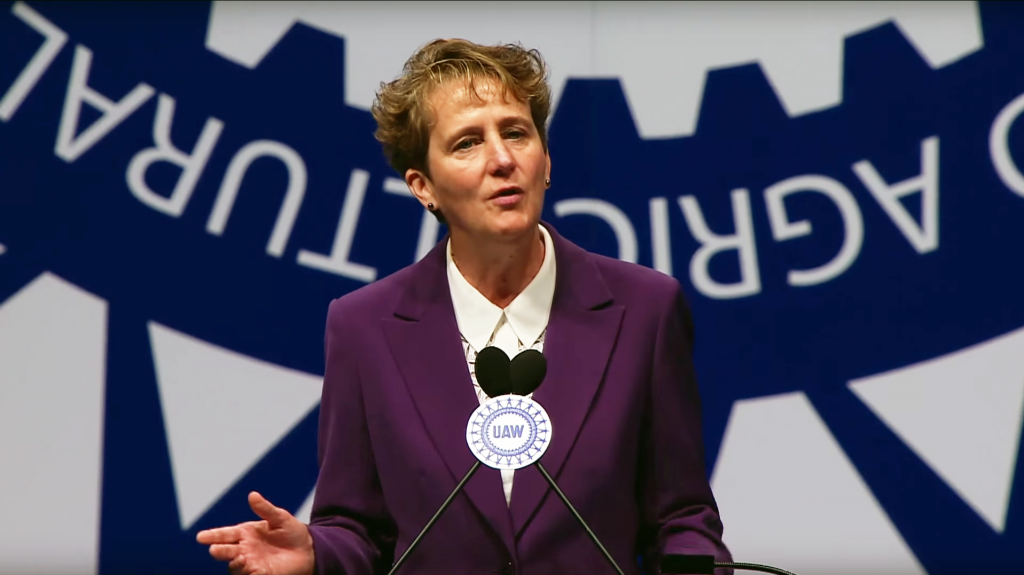 I grew up in Michigan, and saw firsthand how the UAW built the nation’s middle class. On many nights while watching the local TV news with my father, I’d often hear him say with pride, “I love the UAW because they tell the truth.” In a world where it was (and still is) easy for corporate CEOs to spend millions promoting their skewed versions about what is good for America, it resonated with me even in my youth to see autoworkers be able to tell their side of the story through their collective voice. In grade school, we were taught about the role the UAW and other unions played in bettering our communities by fighting for better wages and working conditions—something that sadly is all too often left out in our children’s history lessons today.

I watched Walter Reuther on the evening news leading civil rights marches with autoworkers behind him, and was inspired years later when UAW members under Doug Fraser’s leadership supported the history-changing Solidarity union in Poland, as well as when UAW members led protests at the South African embassy against the apartheid government. The influence the UAW had on me led directly to my belief that unions can be instruments for change for society as a whole.

The No. 1 issue right now for our society is the problem of stagnant incomes. As I travel the country for SEIU, I hear the same story over and over again from workers in virtually every sector of the economy — including home care workers, janitors, fast-food employees, auto plant workers and even the higher education workforce. They are faced with the horrible decision of whether to pay the heating bill or buy food. They wonder if they’ll be able to make it to payday so they can put gas in the tank. They worry about what will happen when the day comes that they are no longer able to work and haven’t been paid enough to retire.

The CEOs of highly profitable corporations are getting away with paying low wages for an honest day’s work — often the absolute minimum amount of money allowed by law. The American middle class, the middle class that was started by the autoworkers’ sit-down strikes 80 years ago, is shrinking, to the point where in many parts of the country, it’s barely there at all. Millions of people can no longer attain the promises the middle class once afforded: that if you work hard and play by the rules, you can have a good life and retire and enjoy all that you worked so hard to build.

That’s why — as the UAW has been saying — it’s time to bridge the gap as we continue to fight to restore the promises of the middle class to underpaid workers. That is what UAW members have always done. The UAW knows the American labor movement — and, really, all working men and women — are at a critical juncture, and it’s time for all parties who are interested in economic justice to come to the table and move the United States in a new direction.

Autoworkers and service workers need to be at the forefront of this movement, because our unions were built by people who not only believed in America’s promise, but created the prosperity that fulfilled it for so many millions. Our predecessors went on strike, marched, got knocked down and got right back up. They joined together and asserted their power to make the economy work for all of us.

One of my first jobs was in the Jefferson-Chalmers neighborhood of Detroit, educating the community about food stamps. I remember when a UAW member came up and told me the way to end hunger was to make sure people could get good-paying jobs, and that idea resonated with me so much that I went on to become a union organizer.

I often think about the wisdom of that UAW member. The fundamentals haven’t changed. What we need, above practically everything else, are the kinds of good-paying jobs that the early autoworkers fought for and won. We need to bring prosperity within reach for the millions of people who are working hard every day to achieve it. And we need to do it by bridging the gaps among unions, between union and nonunion workers, between organized labor and other social justice movements, and elsewhere. When we stand together, we will restore the promise of the middle class and help millions of Americans earn wages that allow them to sustain a family. When we stand together — as so many economic and social justice groups supported those sit-down strikers in Flint 80 years ago — we cannot and will not fail.

Mary Kay Henry has been president of the Service Employees International Union since 2010. She spoke to delegates at the 2011 UAW Community Action Program Conference.