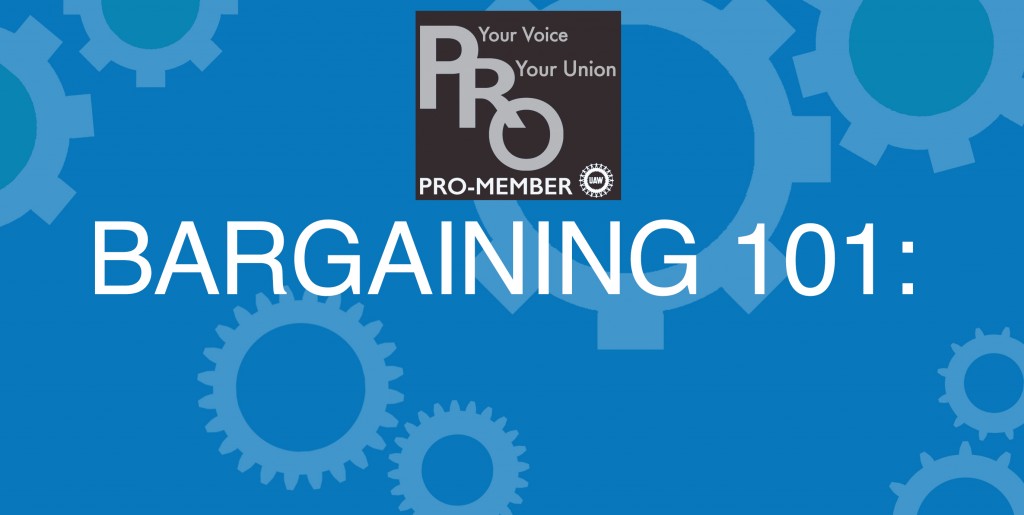 Any seasoned bargainer will say that the first lesson of bargaining is the realization that there is someone on the other side of the table. The list of demands and new language might sound reasonable to one side, but negotiations require agreement from both parties and management is often pulling the agreement in the opposite direction.

That makes preparing for bargaining far more than collecting demands or getting input from membership. Having command of the facts and being able to formulate the arguments and counter arguments, while showing management that you have member support is the real art of bargaining.

Al Tiller is shop chairman of UAW Local 1005 (Region 2B), the GM Parma Stamping Plant in Ohio. He’s been with GM for 18 years and at Parma since 2004. Though he’s had two terms as shop committeeperson, this is his first term as shop chair and therefore his first time sitting in on negotiations. “I work on negotiation the local agreement. The issues we cover in our local agreement are very different from the big issues such as wages and benefits negotiated nationally in GM,” says Tiller.

While taking classes on bargaining, Tiller said he was most struck by the challenges faced by locals where the bargaining team has to negotiate the entire contract. “Costing out the proposals and balancing keeping a high level of benefits and retirement against membership demands for wage increases is not easy,” notes Tiller.

“I think taking a bargaining class would be an eye-opener for any UAW member. You get a different perspective on things when you see what smaller UAW locals face,” notes Tiller.

“Winning gains at the table is not just about demanding them and making threats. You have to make your case for your demands. I know other locals in my area are constantly balancing their demands against the long-term health of the company,” says Tiller.

Finally, Tiller adds: “One of the other lessons I’ve learned from my time as chair is that management is organized – they all talk to each other. We need to do the same. We are only going to build our union when we do it together and not play into the division.” 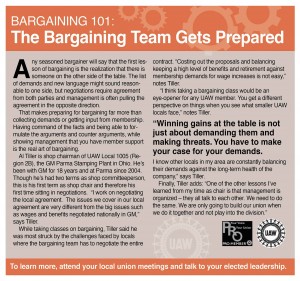