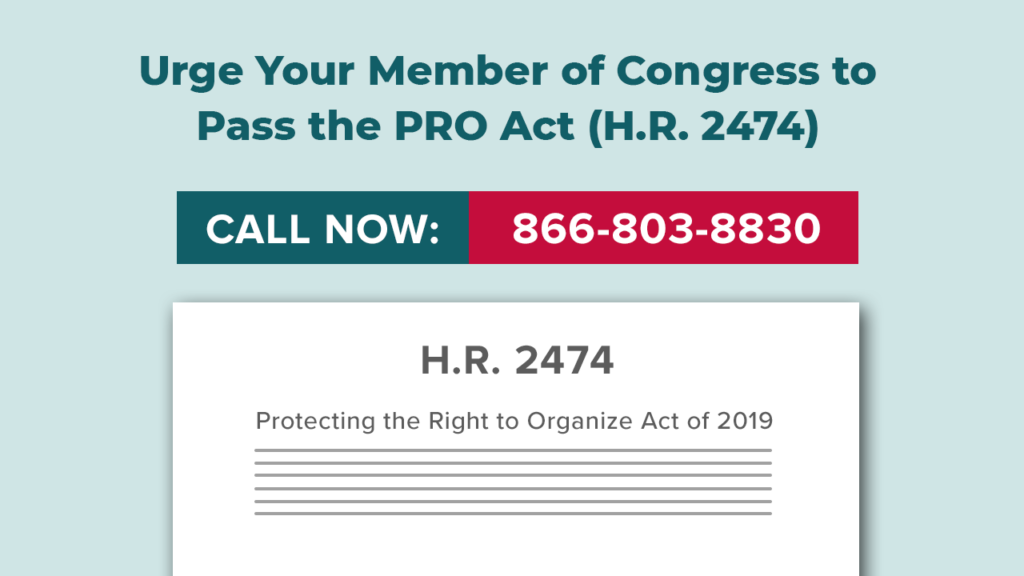 Right now, Congress has a critical opportunity to strengthen workers’ rights supported by the UAW.

The Protecting the Right to Organize (PRO) Act, H.R. 2474, which would give millions of America’s workers additional protections to organize and negotiate for better pay and benefits, and a voice on the job.

The U.S. House of Representatives will vote next week on this crucial piece of legislation. But greedy CEOs will do everything they can to oppose working people standing together.

Can you make a call right now to tell your representative to pass the PRO Act?

It’s no secret that the right to form a union is under attack. “Right to work” laws are spreading, while wages have stagnated. More than ever, we need our lawmakers to stand up for working people’s rights—that’s where the PRO Act comes in. It would:

Working people deserve the right to organize and demand living wages, safe workspaces and good benefits—and it’s up to our members of Congress to protect and strengthen that right. Call your representative and tell them to stand up for working families and pass the PRO Act!