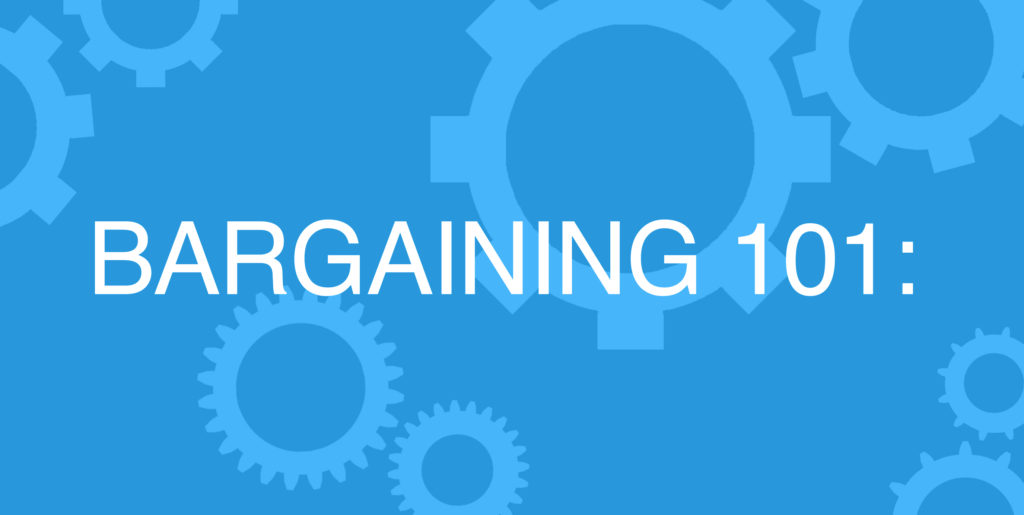 One area that the law is clear about is what unions and employers must and can bargain over.   “Mandatory subjects of bargaining” include the terms and conditions of employment.  That means wages, over time, benefits, etc.   If management does not bargain over these subjects in good faith, then the employer has committed an “unfair labor practice.”

Issues that are indirectly related to the terms and conditions of employment are called “permissive subjects of bargaining.”  On these subjects, the parties only negotiate if both agree.   These include things like issues relating to current retirees, how a product will be manufactured or where it will be manufactured.
Bonnie Lauria is a UAW retiree from Local 362 (Region 1D), the former GM Powertrain plant in Bay City, Michigan.   She worked from 1972 to 2000 (with a layoff of 41/2 years in the middle).  During her time at GM, she became a stationary engineer and the one of only three women in GM to be in that trade.

“When I was active, I remember very well the bargaining that would happen.  Those were days when retirees and actives were about even in number.  When we went to the table, we got gains for everyone, including things like the Christmas bonus for retirees.  People forget, but that was paid for out of the surplus in the pension funds at the time,” remembers Lauria.

These days, Lauria is still active with the UAW, but she is now chair of an International Area Council (IAC) in northern Michigan.  “Our area includes six counties and covers about 5,000 retirees.   The IAC system is a great way to keep pockets of retirees connected who might not live near an active local,” notes Lauria.  Through the IAC, Lauria and others help retirees with questions about their benefits, keep them up to date on their union and plug them into elections.  “No other union does as much for retirees.  For most, when you retire, that’s it.  But we keep the connection going.”

“It’s difficult talking to retirees about the loss of the Christmas bonus, but it isn’t lack of will that caused it to go away,” Lauria adds.  “We now have close to half a million retirees in the Big Three and the surplus in the pension fund is long gone.  But I’m the first to remind everyone that our union does more for retirees than any other and many other unions.  I was proud to be an active UAW member and am just as proud to be a UAW retiree.” 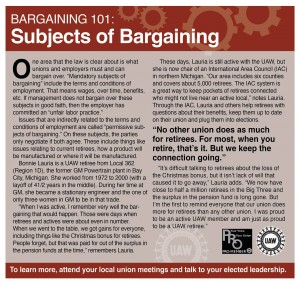