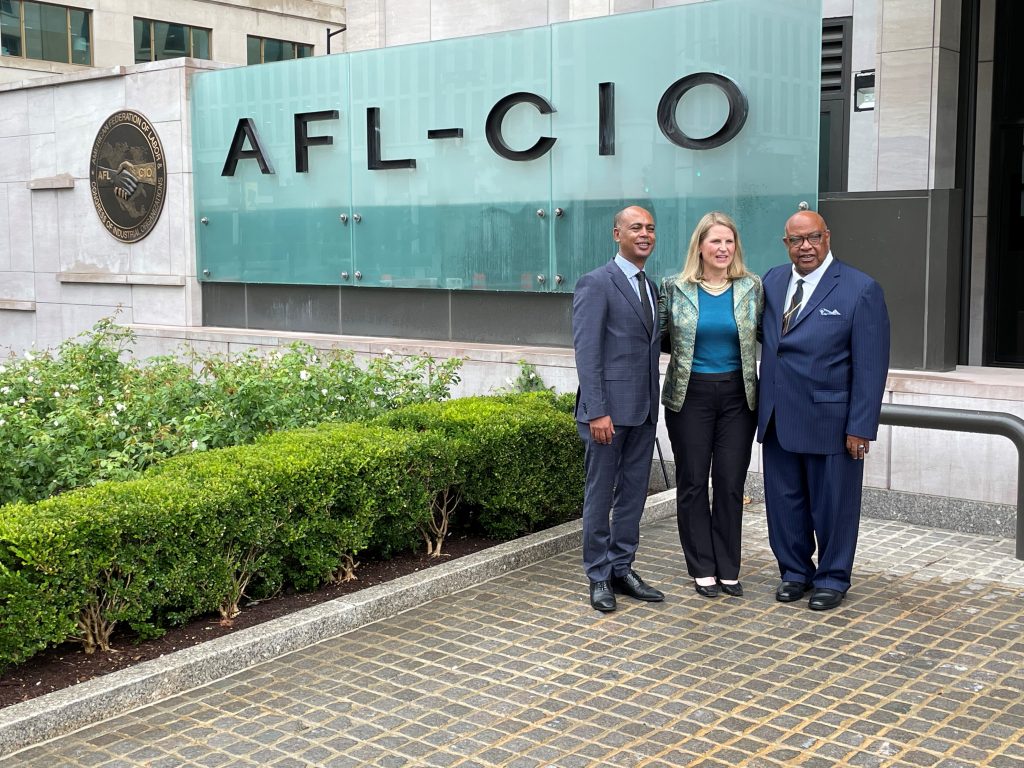 Detroit – “In Liz Shuler, the working families of the AFL-CIO have a President who understands the need to grow organized labor, focus resources on protecting America’s working families and America’s middle class, and a strong voice for free fair collective bargaining for all workers.

The UAW, having championed diversity in union leadership throughout its history, is especially proud of the historic election of President Shuler breaking the glass ceiling by becoming the first female AFL-CIO President and also the First African American AFL-CIO Secretary-Treasurer in Fred Redmond, international Vice President of the United Steelworkers (USW).

We know that President  Shuler will build on the strong platform created by the late Richard Trumka and guide working families through a changing economy and a public that increasingly identifies sympathetically with organized labor in the United States.

UAW members and their families are committed to working with President Shuler in this transition and to continuing unabated our strong commitment to moving our nation’s middle class and working families forward.”

CAR RENTAL DISCOUNTS WITH UNION PLUS