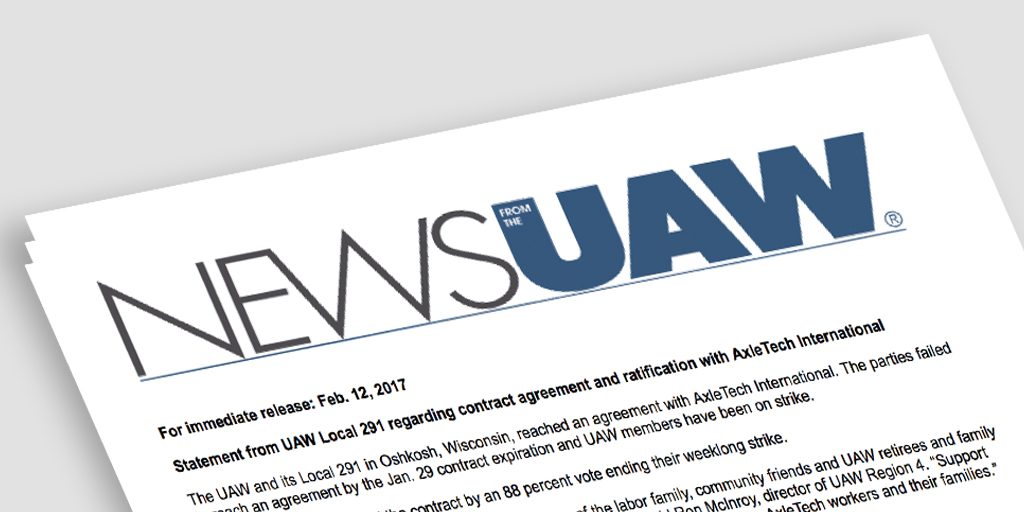 The UAW and its Local 291 in Oshkosh, Wisconsin, reached an agreement with AxleTech International. The parties failed to reach an agreement by the Jan. 29 contract expiration and UAW members have been on strike.

Local 291 members ratified the contract by an 88 percent vote ending their weeklong strike.

“We’d like to thank the many UAW members, members of the labor family, community friends and UAW retirees and family members for their support of AxleTech workers during the strike,” said Ron McInroy, director of UAW Region 4. “Support for UAW Local 291 members from the community helped achieve a fair contract for AxleTech workers and their families.”

UAW members have returned to work at AxleTech.