STATEMENT ON RELEASE OF YANG KYEUNG-SOO, PRESIDENT OF THE KOREAN CONFEDERATION OF TRADE UNIONS 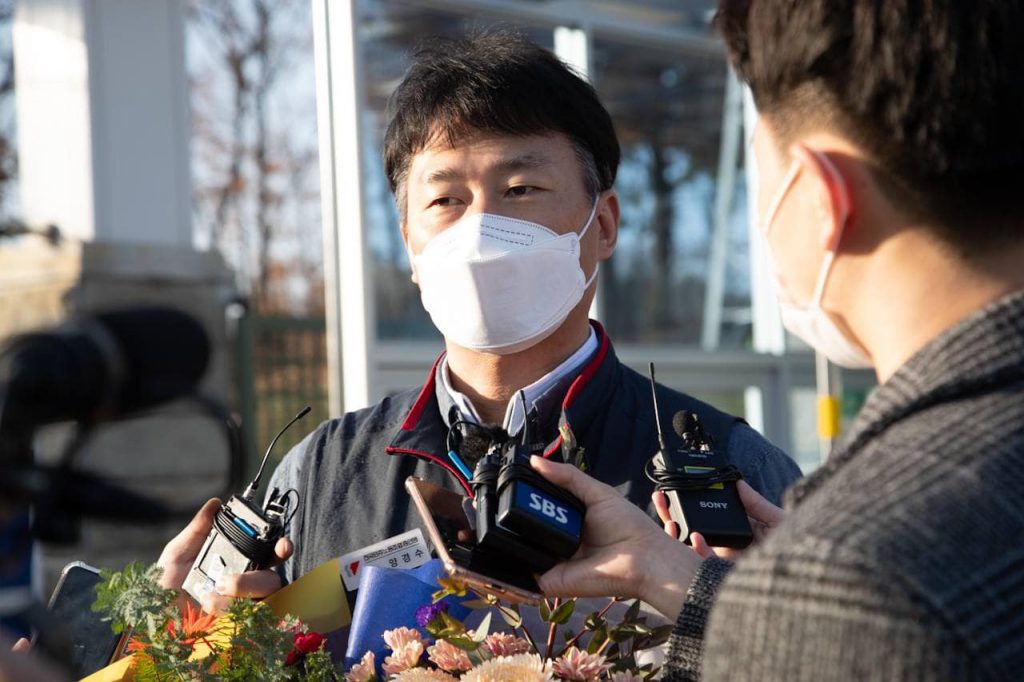 The UAW celebrates the release of Yang Kyeung-soo, President of the Korean Confederation of Trade Unions (KCTU). On November 25, a Korean court sentenced Brother Yang to serve a year in prison but suspended the sentence for two years. Yang has been in jail since September 2, when police stormed the KCTU offices and detained him forcefully. UAW President Ray Curry condemned the action and called for Yang’s immediate and unconditional release. On October 19, a representative from the UAW, accompanied by representatives from the United Steelworkers and the AFL-CIO, traveled to the Korean Embassy in Washington DC to meet with Kim Youngjae, the Embassy’s Economic Minister and Choi Yeongbeom, the Embassy’s First Secretary for Labor and Employment. They delivered the demand for Brother Yang’s release.

The UAW recognizes that, in releasing Yang, the government of South Korea has taken an important first step toward meeting its obligations to respect freedom of association and assembly.

“We are grateful to U.S. Trade Representative Katherine Tai for raising the issue of Yang’s arrest in her November 19 meeting in Seoul with Korean Employment and Labor Minister Ahn Gyeong-deok,” said Curry. “And while Brother Yang’s release represents progress, the UAW has deep concern that the South Korean government continues to harass trade unionists for exercising the rights of freedom of association and assembly.”

Although Brother Yang was charged with violating the Infectious Disease Control and Prevention Act (IDCPA), the court correctly noted that no COVID-19 transmissions were reported among participants of the rallies that he was convicted of organizing. He will not have to serve the sentence, provided he does not organize demonstrations during the suspension period. The International Commission of Jurists (ICJ) has stated that the Seoul Metropolitan Government’s Level 4 COVID-19 restrictions imposed under IDCPA do not appear to be properly prescribed by law nor are they necessary and proportionate to the protection of health. The ICJ has called on South Korea to prevent blanket bans on the exercise of free assembly by amending the IDCPA, the Assembly and Demonstration Act and the laws governing obstruction of traffic. Given the illegitimacy of these laws, the UAW strongly condemns the arrest, detention for 84 days and conviction of Brother Yang without a proper legal basis.

On November 19, during Ambassador Tai’s visit, the police interrogated Acting KCTU President Yoon Taek-geun for three hours. Yoon was booked on charges nearly identical to those against Yang: violating laws on assembly and demonstration, obstruction of traffic, and infectious disease prevention. In Yoon’s case, the charges related to rallies on October 20 and November 13. In addition, the police confiscated the smartphone of Kim Ho-Gyu, President of the Korean Metal Workers Union (KMWU) and summoned him for questioning relating to trade union rallies that took place on July 3, October 20, and November 13.

“This is unacceptable behavior for a country that calls itself a democracy, has a bilateral trade agreement with the United States and is our 6th largest goods trading partner,” added Curry.

The UAW calls on the South Korean Government immediately to end harassment and intimidation of trade unionists, to respect freedom of association and assembly, and to amend its laws so that they can no longer be used against trade unionists who are exercising their legitimate rights.