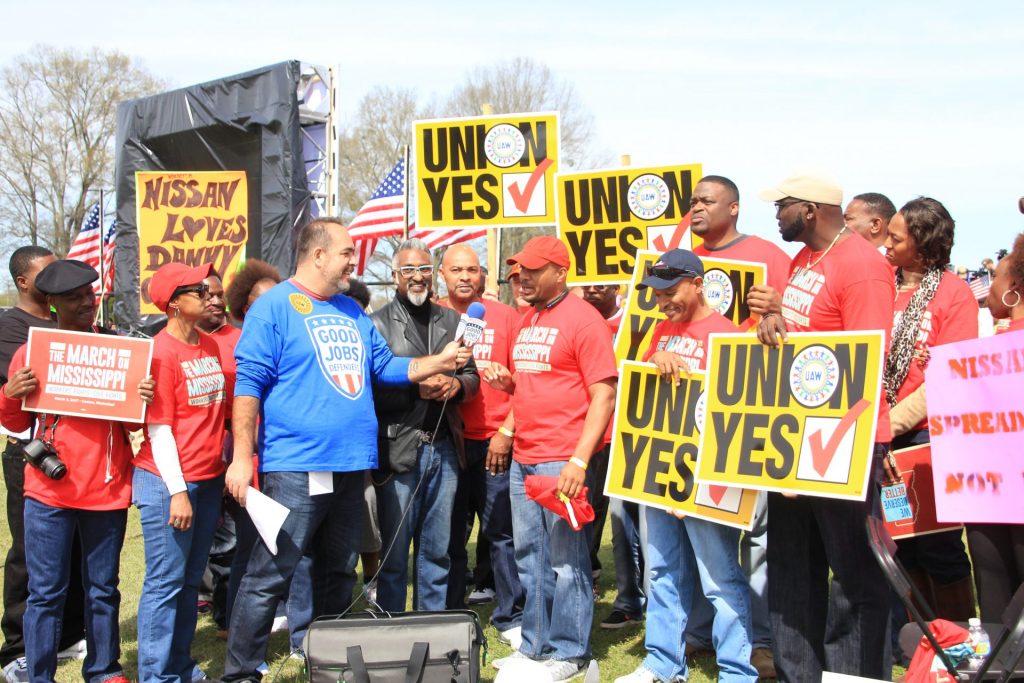 Next week marks the culmination of one of the biggest civil rights battles in a generation. Thousands of people who work at Nissan’s Canton, Mississippi factory will vote whether to join together in union to improve their jobs and communities.

Veteran auto assemblers are uniting to protest dangerous conditions, insecure permatemp jobs, and punishing schedules. Nissan is responding with an ugly unionbusting campaign to suppress the voices and dignity of its predominantly Black workforce.

It’s no accident that Nissan’s factories in the South are the only ones in the world where its employees do not have a union. Corporations deliberately move factories to states like Mississippi to take advantage of weak worker protections.

Nissan uses fear and misinformation to bully men and women at the Canton plant into voting against a fair return on their work. Managers are screening an anti-union video on a continuous loop in the break room, pulling individuals into intimidating one-on-one meetings, and threatening that Nissan will close the plant if auto assemblers join in union. Corporate executives are attempting to take away people’s freedom to vote in a fair election.

We don’t have much time left. Nissan employees will vote on August 3 and 4. We can expect that Nissan will do everything in its power to prevent working people from standing up for family-sustaining jobs in the next week unless the corporation feels enough public pressure to stop.

Don’t wait a minute longer. Urge Nissan to respect the civil rights of its working people and their demands for a fair union election.