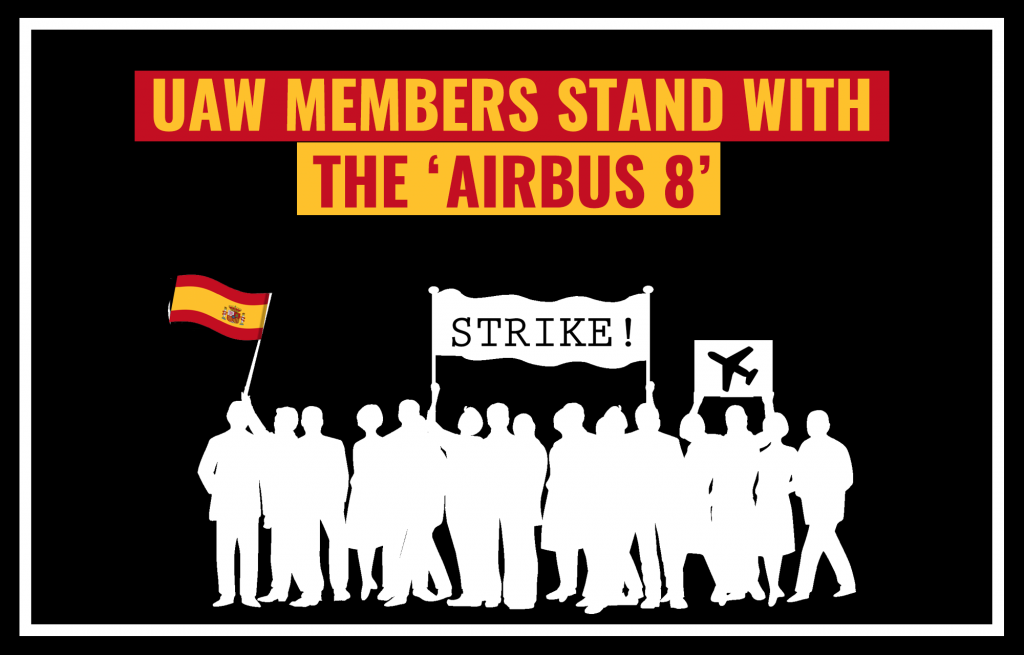 An estimated 5,000 people braved the wind and rain on a three-hour march in Madrid on 9 February to protest against the trial of eight trade unionists facing a total 66 years in prison for going on strike.

The eight workers, who belong to IndustriALL Global Union affiliates, CC.OO de Industria and MCA-UGT, were charged after joining a picket at the gates of Airbus in Getafe, in the Madrid suburbs, as part of a general strike on 29 September 2010.

As the trial began today, IndustriALL joined Spanish unions, as well as industriAll Europe and members of Airbus unions in Belgium and France, in the lively march to the Getafe courts in support of the ‘Airbus 8’.

It is the first of a series of demonstrations planned for the four-day trial, which is set to conclude on Friday.

The severity of the punishment proposed by the prosecutor, at eight years and three months for each worker, is being condemned as an attack by Spanish authorities on trade unions and the right to strike.

Show your support by sharing the image below on social media! 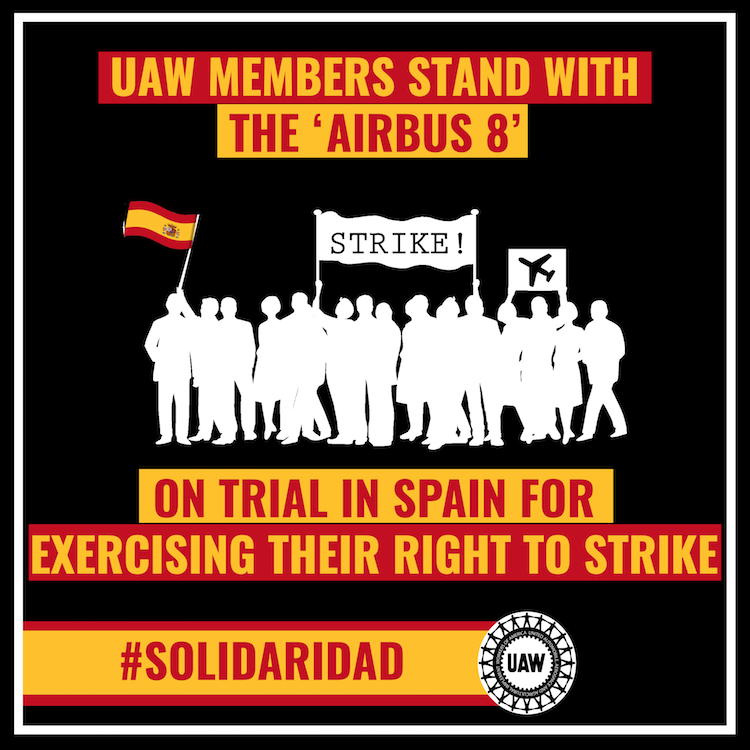