Why I became involved 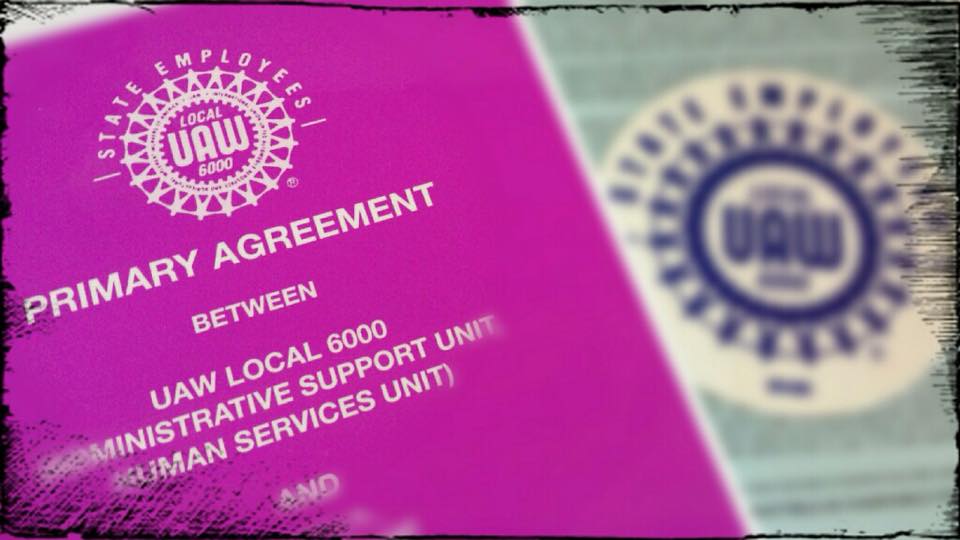 Seven and a half years ago, I took a job with the State of Michigan. Before taking this position, I thought about all the great things that would happen working there. At the time, I was four months pregnant. At my previous job, I had finally earned two weeks paid vacation after being there for three full years. I only had two sick days per year. So, as you can imagine, I was extremely excited to finally have a job with benefits! I would be able to take time off with my new daughter. I wasn’t going to miss soccer games or birthdays. I could actually stay home if I was sick. I didn’t have to use my vacation time for a holiday. I had good insurance.

I grew up in a union home. My Dad retired from Ford Motor Co. I remember laughing at him when guests came over. He’d always say, “If you’re drivin’ a foreign car, you ain’t parking in the driveway.” He insisted on it and often moved friends’ cars for them. I used to think he was crazy, but in our house, you bought union made. I never truly understood why that was or what it meant to be union. I never asked, or even thought, “Why?” When you start working for the State of Michigan, you are given the option to join the union. Why did I join? In all honesty, because my Dad said so and because my co-workers said that was the thing to do. People give you paperwork and you just fill it out.

After seven years, I finally realized that I am the union. The union only works if we work together. If we all stand up for what the union represents: You and I.

I have come to realize that these things aren’t just handed to you. Someone stood up for me, for my family. Someone worked long hours to ensure I have holidays off; to ensure I could take a vacation; to make sure I was treated with respect; to stand up for ME. Over the years, I’ve stood by and watched in angst waiting to find out if I, a friend, co-workers, would get laid off. I have sat on pins and needles while I waited to hear if my worksite would close. I anxiously awaited news of a co-workers’ arbitration who was wrongly accused of misconduct and feared justice would not win out. Through these times, there was always one constant standing up to fight and ensure that those fears would not become real: The union.

This summer, I became a union steward. I started seeing all the behind-the-scenes work my union brothers and sisters did. I saw how hard my union representative worked. I saw how much he cared. My eyes were opened to all the other positions in the union; individuals in Lansing, Detroit, and Northern Michigan, scattered all throughout the state. The union is a well-oiled machine; everyone has their spot. Individually, they all have their job, but TOGETHER we are moving mountains. I always thought being a union steward would be too much work. I am here to tell you: It is work, but it is also rewarding. It is rewarding to know that you are part of something bigger than you, bigger than your office, and you are making a difference. The only way we can keep moving mountains, fighting for all of us, is to get and stay involved. Go to a union meeting, and find out how you can stand up in solidarity. Together WE will make a difference, but the union starts with “U.”

UAW Statement on the Delivering for America Act

Unifor-UAW Statement on Auto and the Re-negotiation of NAFTA