What would Walter do? 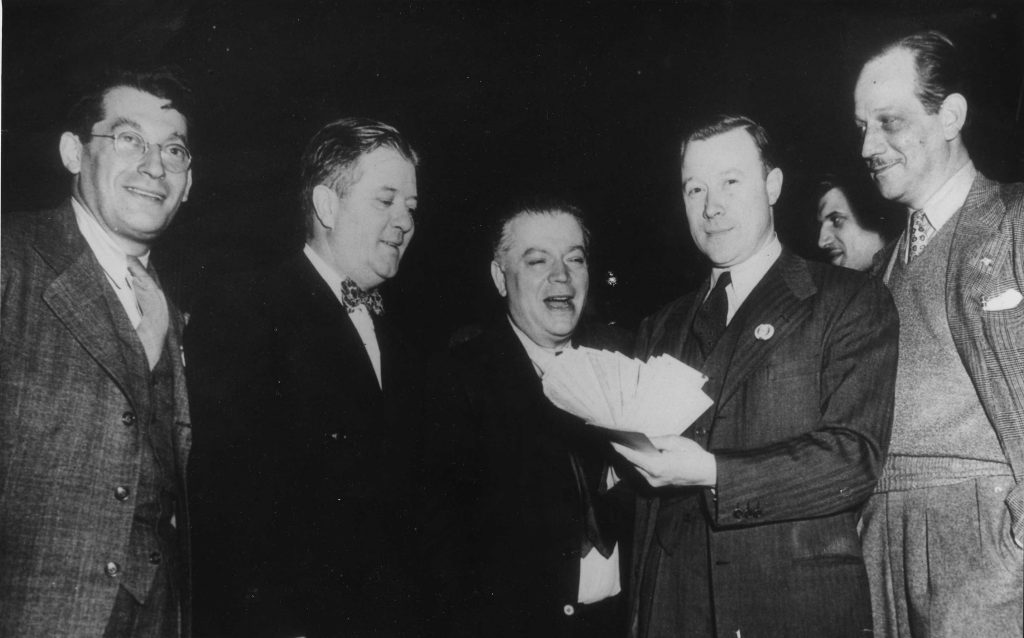 “Who knows? It’s impossible to speak for the dead,” laughs Nelson Lichtenstein. Of course the question is absurd. After all, what would Walter Reuther do in a world he would not recognize? Since the fourth and longest serving president of the UAW died in an airplane crash in 1970, the UAW, auto industry and entire country have undergone tremendous change. Nonunion auto assembly plants didn’t exist at the end of Walter’s lifetime. The UAW had more than 1 million members. Corporate interests hadn’t gained a stranglehold on politics.

Lichtenstein might not be able to speak for Walter, but he is without a doubt the closet thing we have to knowing what Walter would do. He’s the foremost expert on Reuther and he’s written the book to prove it: “Walter Reuther: The Most Dangerous Man in Detroit.”

“Walter was a very strategic and smart leader. He was highly principled, but knew also how to be flexible,” says Lichtenstein. “And he took the long view.” He points to one of Reuther’s first contracts at Kelsey Hayes in 1936. The workers were on strike trying to get recognition and a first contract. Eventually, the company came to the table and met many of Reuther’s demands, but not all. “Some didn’t want to go back in — they wanted to get more. But Reuther kept saying, ‘Get our foot in the door and then we can improve things.’”

Reuther was driven by core values of fairness and sharing the wealth between management and the worker. “Early on he opposed incentive pay for just that reason. He didn’t want to see workers pitted against one another. Equal pay for equal work was also a very important principle to him.” Lichtenstein adds, “Some people don’t know that he was such a strong believer in the principle that he wanted to reduce pay differences between production and skilled workers. For the same reason, he at first opposed profit sharing. He didn’t want to see Ford workers making more than Chrysler workers merely because of who they worked for.” Eventually, Reuther’s views on “equal pay for equal work” evolved. “He was called an opportunist or hypocrite by those who opposed him, but most members respected that Reuther was able to adapt to circumstances.”

During the late 1950s, the country was in recession and unemployment in Detroit was over 10 percent. “He couldn’t negotiate real pay raises with the Big 3 so he changed tactics and pushed to have the employers not raise prices on their vehicles.” He didn’t win that fight — the companies said it was their prerogative to set product prices, but it’s an example of how he would shift and try to gain something and live to fight another day, says Lichtenstein.

Negotiating with three different major corporations — all of whom were in different financial condition — was also a challenge. “Back then, Chrysler was the weakest of the three companies. And what GM and Ford could afford, Chrysler couldn’t. He was very aware of the need to not put weaker companies out of business while also pushing for fair wages,” he notes. “But he also didn’t want workers to subsidize companies with low wages.” It was a balance that Reuther took very seriously.

So what would Reuther do in 2015? His legacy tells us that his deep respect of members and all workers would certainly drive him to think about the long view. No doubt, organizing would be one of his rallying cries. He’d absolutely listen to members, but lead against the current when he thought it was the right thing to do.

Communication is Key – LUCA helps us stay in the know