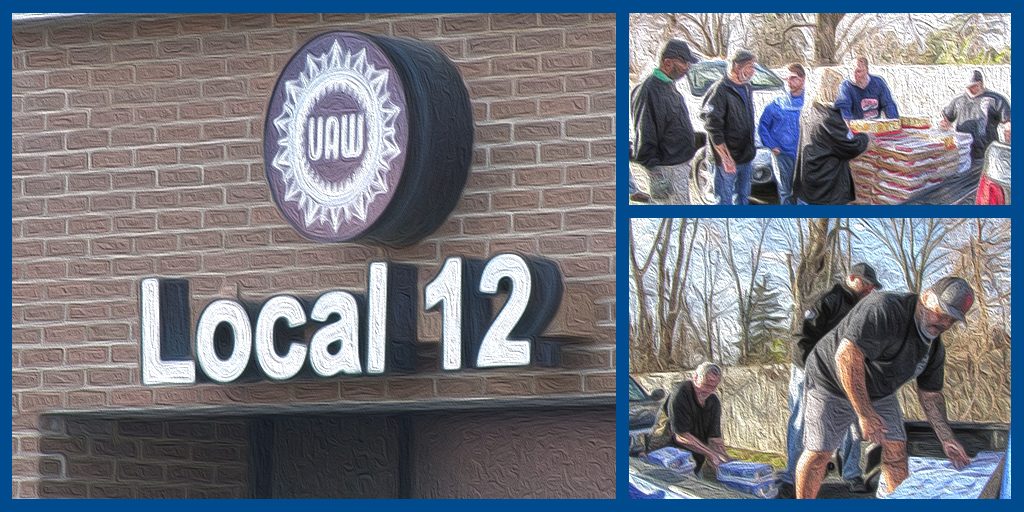 Local 12 Members Step Up to Feed the Hungry

The despair of not being able to feed your family is heartbreaking. It’s even worse around the holidays. UAW members at the Local 12 Jeep unit from the FCA US Toledo Jeep Assembly Complex in northwest Ohio know the need for food assistance never goes away for the most vulnerable. That’s why Local 12 members stepped up to make sure this holiday season doesn’t find families in the Toledo area going hungry.

They came together to collect food and money to donate to the Toledo Northwestern Ohio Food Bank. The food bank serves thousands of hungry residents of several counties in the greater Toledo area.

The Jeep workers delivered more than two tons of food and $4,500 for food for needy families. Earlier in the fall they gave another ton of food and more cash contributions. Food bank president and CEO James Caldwell says they can stretch the Jeep workers’ $1,000 cash donation into $5,000 worth of food. Every dollar counts when you’re trying to meet the food needs of the hungry living in eight counties in northwest Ohio scattered over 4,000 square miles. That’s why the food bank is grateful for its partnership with Jeep.

About 500,000 people use the food bank each year and they go through millions of pounds of food. And, says Caldwell, those who need food assistance have been rising over the past several years.

Wesley Thomas is a facilitator for UAW Local 12. He’ll have worked at Jeep for 40 years in February and has been helping for a long time. “My co-workers have been donating food and cash to the food bank for years,” said Thomas. “We’ve donated all kinds of food including peanut butter, cereal, juice, crackers, applesauce, canned fruits and vegetables, macaroni and cheese, Ramen noodles and other pasta, beans, spaghetti sauce, tomato sauce, ravioli, canned meat and poultry, soup, stews, powdered milk, toiletries and more. We got all of these things and then added cash donations for the food bank,” said Thomas. He says they collect the food by putting big donation bins at plant entrances and workers respond by dropping food into the bins. “This year alone Jeep Toledo workers contributed 6,362 pounds of food.”

That’s a positive difference in the lives of those facing hunger. And it’s the UAW way to give back to those in need and serve their local communities.